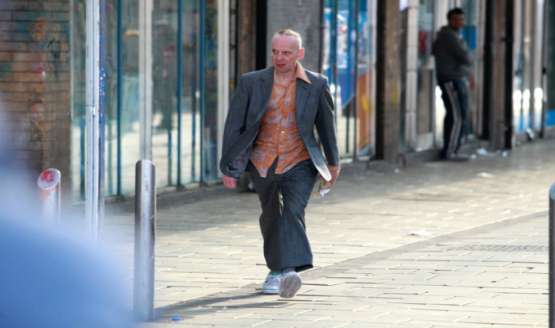 IT’S been more than two decades since the cast and crew of Trainspotting filmed the iconic opening of their cult classic on the streets of the Capital.

Yesterday (Wednesday 11), Ewen Bremner (aka Spud), 44, was dressed in an ill-fitting grey suit and flamboyant orange shirt as the film’s sizeable production crew moved location once again to Muirhouse.

Filming swiftly got underway – but exactly what was being shot was shrouded in mystery.

The film is expected to hit the big screen in 2017.