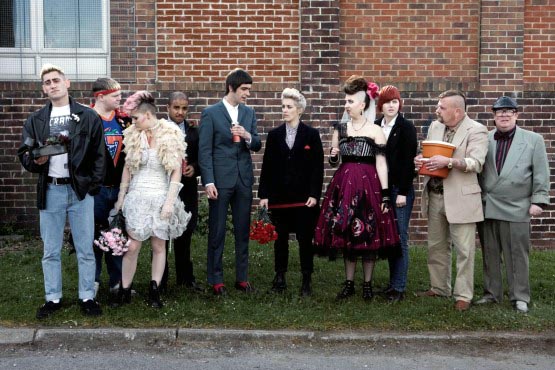 THIS IS ENGLAND '86 is a 2010 British drama series written by SHANE MEADOWS AND JACK THORNE. A spin-off from the 2006 film THIS IS ENGLAND, and set three years later, it focuses on the mod revival scene rather than the skinhead subculture. Like the film, This Is England '86 stars Thomas Turgoose as Shaun, although LOL (VICKY MCCLURE) AND WOODY (JOE GILGUN) play even more central roles.

The story takes place during the 1986 FIFA World Cup. As SHAUN completes his last school exam, he realises he will have to find his way in the world. His friends, who include WOODY, LOL, SMELL, GADGET AND MEGGY, are still around, looking for love, entertainment and employment.