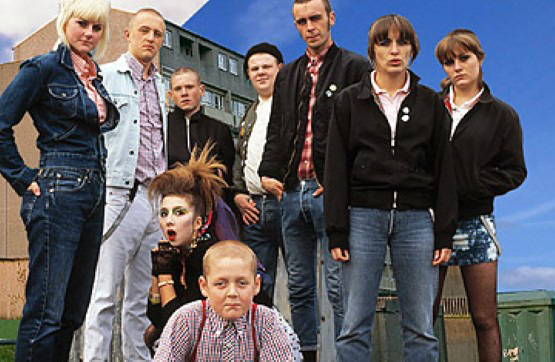 THIS IS ENGLAND is a 2006 British drama film written and directed by SHANE MEADOWS. The story centres on young SKINHEADS in England in 1983. The film illustrates how their subculture, which has its roots in 1960s WEST INDIAN CULTURE, ESPECIALLY SKA, SOUL, AND REGGAE MUSIC, became adopted by white nationalists, which led to divisions within the skinhead scene. The film's title is a direct reference to a scene where the character COMBO explains his nationalist views using the phrase "THIS IS ENGLAND" during his speech.