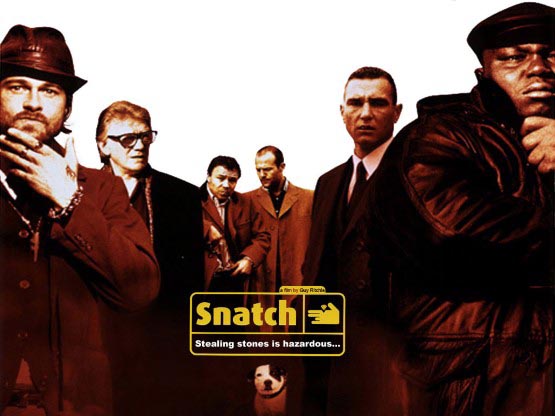 SNATCH is a 2000 comedy-crime film written and directed by British filmmaker GUY RITCHIE, featuring an amazing cast. The film set in the London criminal underworld, contains two intertwined plots: one dealing with the search for a stolen diamond, the other with a small-time boxing promoter named Turkish (Jason Statham) who finds himself under the thumb of a ruthless gangster known as Brick Top (Alan Ford).

The film shares themes, ideas and motifs with Ritchie's first film, LOCK, STOCK AND TWO SMOKING BARRELS. It is also filmed in the same visual style and features many of the same actors, including Jones, Statham, and Ford.