Paul Gascoigne: The Man, the Legend in his own words 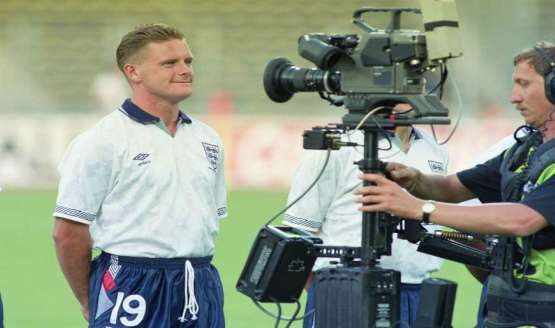 Gazza and new movie on his life.

The life story of former England footballer Paul "Gazza" Gascoigne was made into a feature-length documentary.

Simply titled "Gascoigne" The Man, The Legend in his own words, the documentary will be built around an extended interview with the former Newcastle United, Tottenham Hotspur, Lazio, Glasgow Rangers midfielder among others, fleshed out with archive footage and interviews with his sporting colleagues.

Gascoigne began three days of interviews for the film (December 19, 2014), London's Evening Standard reports, and the film will be released in UK cinemas June 8 for one day only to coincide with the 25th anniversary of the Italia 1990 World Cup.

Its local screenings are expected to be a hit with his die-hard fans and the host cinemas are Vue in Gateshead, Tyneside Cinema and the Empire in Newcastle; the Odeon at Metrocentre and Silverlink, Boldon Cineworld and Showcase in Stockton.

DVD release will be on June 15. Preorder the DVD/BluRay

Watch the trailer below and Gazza videos