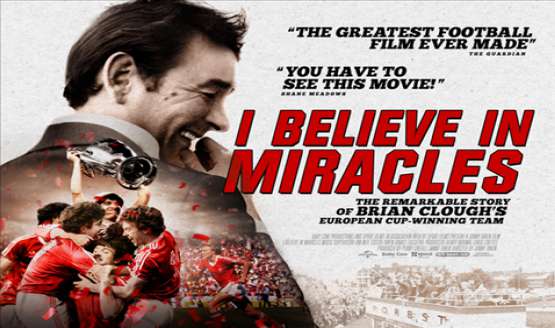 'I Believe in Miracles' is a film directed  by Jonny Owen (Svengali movie) and tells the real-life story of Nottingham Forest’s 1979 European Cup triumph and the colourful exploits of the club’s manager,  Brian Clough. The film is due to have its premiere at the City Ground on October 11 just two days before it goes on nationwide release.

The subject of this story is the miracle of the team forged by Brian Clough and Peter  Taylor that rose from the depths of the second tier to European champions.

A while ago, we did an interview with Svengali star Jonny Owen. Read the interview HERE