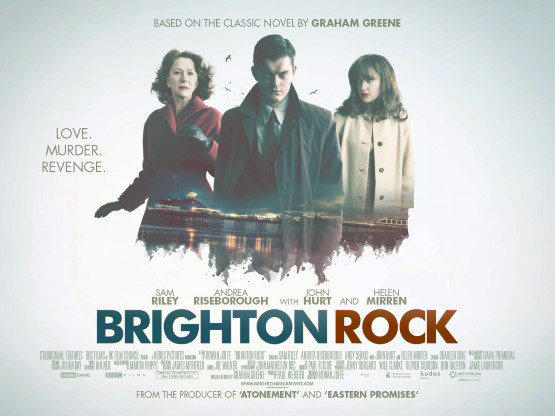 The novel was previously made into a film in 1947 by the Boulting brothers under the same title. Although the novel and original film are both set in the 1930s, the 21st century adaptation takes place in Brighton and is set during the Mods and Rockers era of the 1960s.

RILEY plays "PINKIE", the role originally played by Richard Attenborough. It was largely filmed in the nearby town of Eastbourne, with Eastbourne Pier standing in for BRIGHTON PIER, and at Beachy Head. Some scenes were shot at Hedsor House in Buckinghamshire and in Brighton itself.