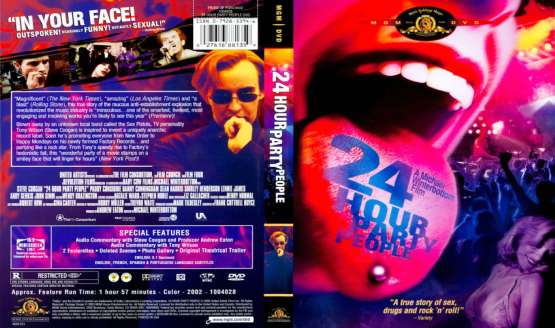 24 HOUR PARTY PEOPLE is a 2002 British comedy-drama film about MANCHESTER'S popular music community from 1976 to 1992,and specifically about FACTORY RECORDS. It was written by FRANK COTTRELL BOYCE and directed by MICHAEL WINTERBOTTOM.

The film was entered into the 2002 CANNES FILM FESTIVAL.

It was met with very enthusiastic reviews and it features HAPPY MONDAYS MADCHESTER days.