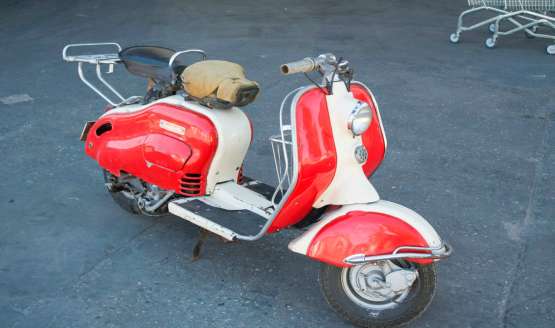 Following the death of founder Torcuatto di Tella, an Italian Argentine immigrant in 1948, the firm secured a licensing agreement with Italian motor scooter maker Lambretta.
This initially consisted of a deal to import 2,000 obsolete model A's that had failed to sell in Italy, 75 of which were donated to President Juan Perón's youth group UES. Contemporary LD models were soon added to the range and in the early 1960s. SIAM began producing an Li/TV Series 2 variant. Some of these were exported to Chile and Uruguay. Siambretta production ceased by 1970 with around 200,000 units having been sold.