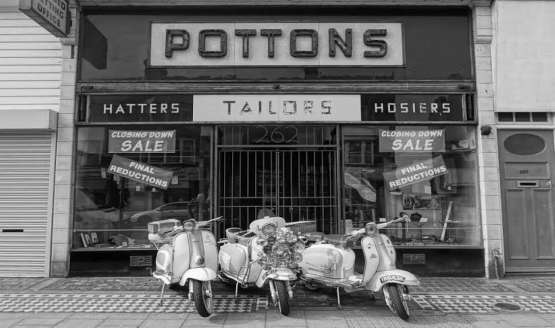 At the end of April we started the first instalment in what will be an on-going monthly feature featuring the scooter scene around the world. This month our feature came courtesy of mod photographer Steve James who told us a bit about his scooter love and his passion for his Lambretta. Hope you enjoy our chat with Steve!

If you'd like to be considered for inclusion in future editions of 'A tale of a Scooterist' please do not hesitate to contact us.

Name and about you:

Steve James 'SJ' or poutmeister take your pick...owner of a lambretta series 3 LIS150 (photos included) I love everything scooter related, I love to tinker which is a result when owning a Lambretta. Ive had a lifelong love of photography and this is shared with the scene, my photos can be seen on my Facebook page and my instagram page:
I like to photograph in black and white, it adds to the scene and doesn't confuse between too many colours, scooters and the scene that surround it really reflect well in the black and white tones, I now have quite a following which is growing daily.
Whats your scooter club?: I don't belong to any though related with many...we (myself and the small band of others) ride out via face books AG's ride outs, we get out as often as possible, coffee stops, london soho, weekends (just back from Margate) The crew consist of me, Perry the pelmeister, Martin the guvnor, Steve the baker, Anne the eye candy, Nigel the smart boy, Peter the Bojangles, David Essex and the Zackmeister....(there are more and my apologies for forgetting to add u lol) 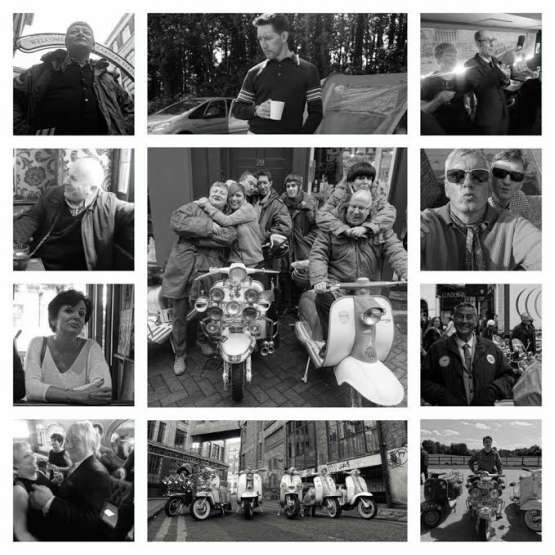 Steve and The Crew.
When did you become interested in scooters?: I've always had a passion for vintage machinery from a young age, at 16 I acquired a Vespa but for the life of me I cannot remember much about it except for leaving it wrecked at Dartford heath after a very illegal ride, my passion for italian styling continued till my purchase of my current Series 3.
What's your favourite model?: Lambretta series 2 TV175 followed closely by the Vespa SS models
Best place to go for a ride?: Most definitely London - soho
Your happiest Scooter memories: Meeting with a great crew of now very close mates who I've acquired over the years...this along with meeting with like minded people on nearly a daily basis...the scene really attracts some beautiful people.
How much money have you spent on your scooter?: Oh dear, too much, I'm an original accessory freak and these attract some serious amounts nowadays, so the answer is LOTS but not as much as some others whose scooters are completely beyond belief.
Harrington or Parka?: As my mates would tell you - 100% parka
The Who or the beatles?: A mixture of the both would be nice, love both so a troupe of them together will be fine thanks.
Boots or trainers?: Boots, done trainers now gone...though I'd love to own my original Diadora Bjorn Borgs still!
Favourite British Bands?: Small Faces, Blur, Oasis....I love music but the list could go on from the obvious choices....
Favourite Beer style?: Strong and continental
Whisky or Gin?: Whisky - very good single malts!!!
Thanks a lot Steve and don't forget to follow him on INSTAGRAM . (Dope Gallery) Scroll down to see some great pics!!!
Check out our first Scooter Tale feat Gaetano!! 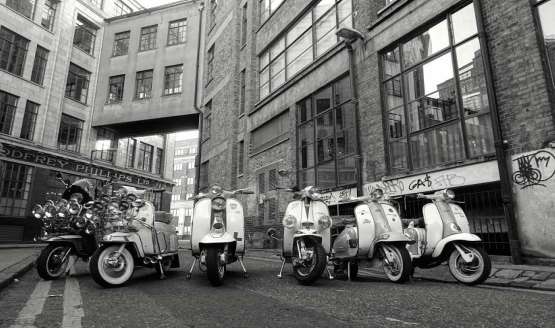 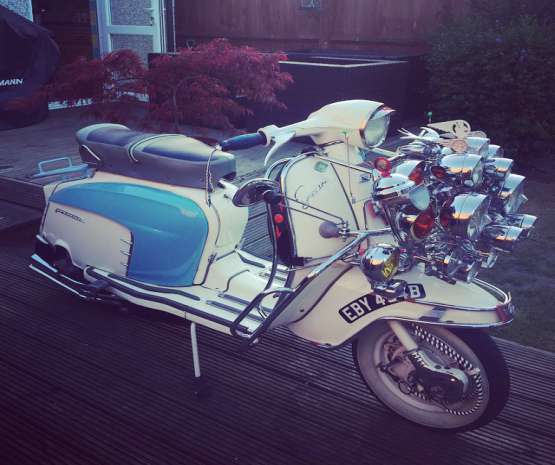 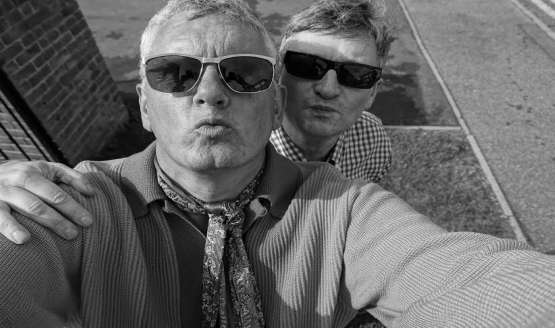