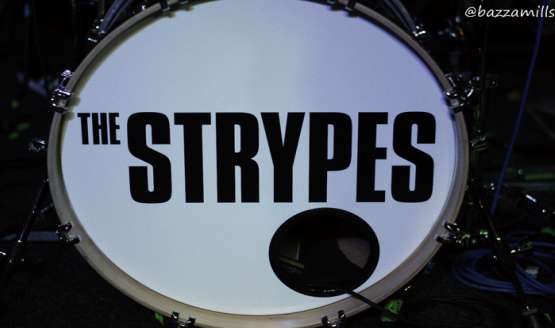 With sophomore album Little Victories released last month, it has been one busy year for Irish upstarts The Strypes. Back in June I caught the quartet in Dunfermline on their pre-album tour and then caught up with band again in July at T In The Park as they ripped up festival stages either side of appearances as far away as Japan and South America. New album Little Victoriesmade to number 17 in the UK album chart and pleasingly went one better than debut album Snapshot in the Irish charts where it made it all the way to the top. With the songs on offer, it is no surprise The Strypes are attracting many new fans and having had Little Victories cranked-up in the car a number of times over the last few weeks, I am more than a little intrigued to see the reaction to the new songs from fans tonight at Glasgow’s QMU.

Returning support band The Mighty Stef (TMS) are somewhat unrecognisable from the Dunfermline gig with the big-man himself appearing to have had a significant make-over from a Rattle and Hum Bono to that of a smart looking Beatle. The band also have a new guitarist who I find out later was on ‘new daddy’ duty back in June. The one constant is the cracking tunes, with TMS delivering a powerful set as they belt out tracks from their latest album Year Of The Horse. With an interview scheduled with The Strypes, I only catch some of TMS set but once again…I like what I hear!

Following the interview, I make a quick dash to the pitt where I arrive with just a moment to spare before the set kick-offs with the infectious ‘Eighty-Four’. Snapshot’s ‘What A Shame’ follows with ‘Best Man’ hot on the back. Evidently The Strypes are refining their sound with the songwriting continuing to impress alongside the explosive guitar playing of Josh McClorey. The appearance of the band also continues to evolve with sharp suits no longer a mainstay with both Josh and Pete dressed in a somewhat more relaxed fashion. Needless to say, it is the music that everyone is captivated by as the set continues to command attention. ‘Cruel Brunette’ is an early high-point with bassist Pete O’Hanlon clearly enjoying the tune as much as the crowd and as singer Ross Farrelly bellows “sad songs and waltzes and yesterday’s clothes, are useless to me now” the quality of tunes on offer is undeniable.

‘A Good Night’s Sleep And A Cab Fare Home’ is another high-point with the crowd getting sent into over-drive with ‘Queen Of The Half Crown’ as Josh demonstrates his prowess with his guitar. Stand-out track ‘Scumbag City Blues’ gets the crowd pumped and with ‘Blue Collar Jane’ following the crowd is taken to near boiling point. With the band in complete control and sounding uber tight throughout, chants of “here we, here we” echo out between songs with “The Strypes, The Strypes are on fire” also erupting from the floor in a show of appreciation. Drummer Evan Walsh is given a moment in the spot-light towards the end of the night with a pounding solo before the set closes out with ‘I Need To Be Your Only’.

A three song encore follows with a cover of the Bo Diddley classic ‘You Can’t Judge A Book By The Cover’ bringing the rapturous night to a fitting end. Make no mistake, this is a band going places and with the dedication and undoubted talent on offer I believe the two albums to date are merely the start of something very special. 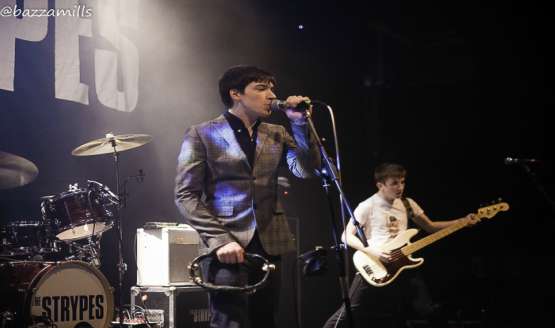 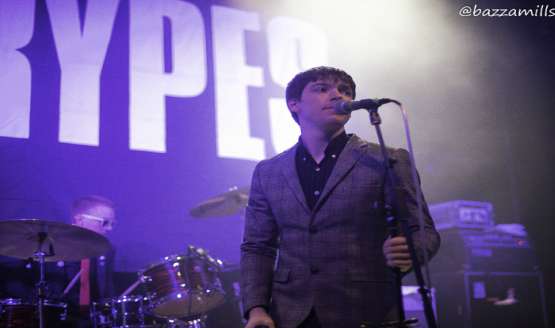 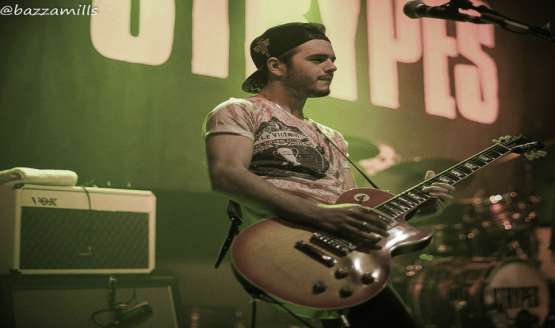 Visit this LINK for some exclusive pictures