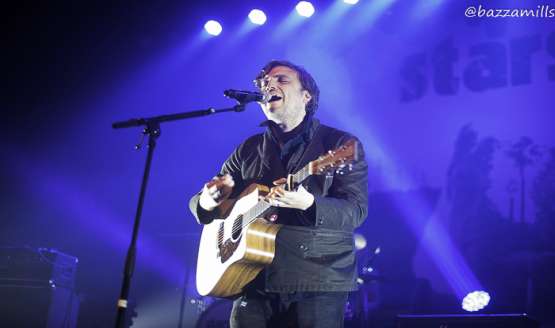 As a fan of both Starsailor and James Walsh’s solo material and having recently reviewed Good Souls: The Greatest Hits album this was a gig I had been looking forward to for some time. The band, including Travis guitarist Andy Dunlop in their line-up, were greeted by a near capacity crowd and rapturous applause as they took to the stage opening with ‘Poor Misguided Fool’ and ‘Fever’ from debut album Love Is Here. With James Walsh’s Charlatans buddy Mark Collins also in attendance premium guitarists were in abundance (for a Monday night in Glasgow).

‘In The Crossfire’ followed and being one of my own favourite Starsailor tracks, the gig was proving the perfect Monday night tonic. ‘Lullaby’ was another early highpoint in the set as the die-hard T-shirt wearing fans sang along word-for-word. That said, as the set progressed the gig appeared a little flat at times with the crowd never really getting out of first gear.  The musicianship on display was never in question, however having caught both James Walsh solo and Starsailor live previously, expectations were understandably high and being a Greatest Hits tour I was hoping for some more interaction with some stories about the songs being shared with the crowd.

New track ‘Give Up The Ghost’ sounded great while ‘Alcoholic’ reminded everyone just why they fell in love with Starsailor all those years ago. With hints of Bono, Walsh engaged the crowd as he bellowed ”Glas-gow” repeatedly. ‘Tell Me It’s Not Over’ and set closer ‘Silence Is Easy’ ensured an oscillating finale to the set before the band returned to deliver popular numbers ‘Four To The Floor’ and the apt curtain closer ‘Good Souls’. 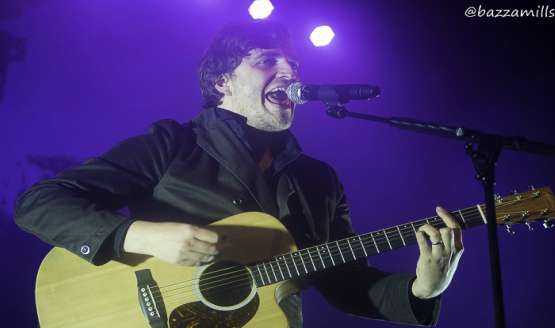 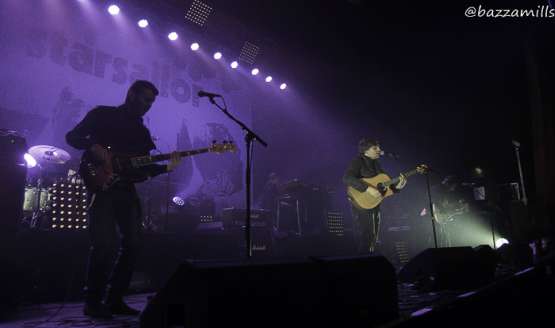 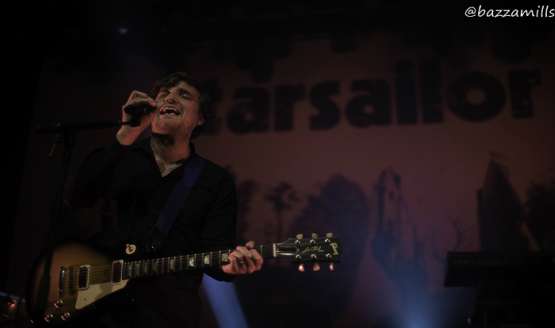