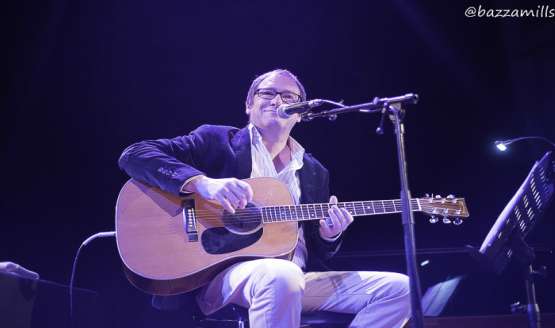 Following nights in Greenock and Dunfermline, Simon Fowler and Oscar Harrison from Ocean Colour Scene (OCS) rounded off the Scottish dates of their current tour with a night at Edinburgh’s terrific Queen’s Hall. Being a Friday night and pay weekend the nation’s Capital was buzzing and by the time I got into the venue, the bar was bursting as punters got into the spirit of things for what was evidently going to be a somewhat more boisterous crowd to that in Dunfermline’s Carnegie Hall the previous night.

Former Ronelles front-man/guitarist Raymond Meade provided support and opened the night with songs from his two solo albums Fables and Follies and 2015 release Whydolise? With the vocals and sound in general sounding great, Raymond drew applause throughout his 30 minute set with the rapturous crowd erupting when Raymond announced he has recently joined OCS as their new bass player. ‘Why Don’t We Do It Again’, ‘Come Undone’ and ‘Sent Home Under Sirens’ from Whydolise?ensured Raymond picked up a few more fans on the night and with album producer Owen Morris being in attendance, Raymond took the opportunity to thank the esteemed producer for his excellent work on what is one of my favourite albums of year.

With ten studio albums and nation-wide touring a constant of the last 25 years, Simon Fowler and Oscar Harrison need little in terms of introduction. With ‘The Riverboat Song’ playing over the PA and accompanied by his acoustic guitar, OCS front-man and vocalist Simon takes to the stage and is greeted by the customary wolf whistles and roars of approval from a crowd well and truly up for this one. With Oscar (OCS drummer) on grand piano the duo give fans what they want from the off with favourites including ‘Step By Step’, ‘Mechanical Wonder’ and ‘Lining Your Pockets’ engaging the crowd in mass sing-alongs. Having visited The Queen’s Hall once before, I am once again impressed with the venue and specifically the sound. ‘Profit In Peace’ gets everyone in the house on their feet and as the crowd provide backing vocals Simon conducts his audience in chants of “hey, hey hey. We don’t wanna fight no more”. Live music at its very best and worth the trip to Edinburgh itself!

With Simon clearly in the mood and up for it himself he shares some insight into the inspiration behind the songs as he talks about the track ‘Soul Driver’ from the album One From The Modern and its dedication to Paul Weller. ‘Better Day’ gives me goose-bumps and reminds me of those fantastic concerts at Stirling Castle nearly 20 years ago whilst ‘Travellers Tune’ and ‘The Circle’ bring the set to a pulsating end. To the delight of the crowd, Simon, Oscar and Raymond Meade on bass return to the stage and perform the moving ‘Robin Hood’ before ‘The Day We Caught The Train’ ends the awesome set. In a fitting moment to end the performance, Simon personally delivers a set-list to a young boy on his dad’s shoulders in the crowd. Without doubt there are many boys across the country being raised on OCS tunes and with the addition of a Scotsman to the band I am sure there are many fans in attendance tonight hoping for some full band dates in 2016.  With a few dates remaining on the tour, get along and check it out for yourself! 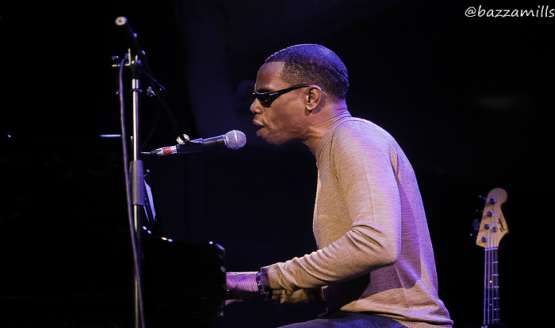 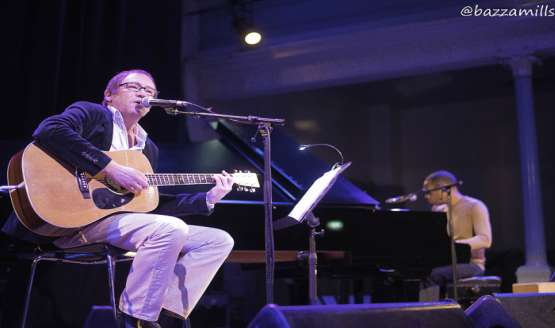 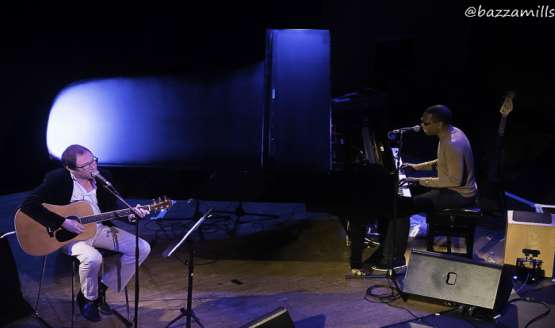 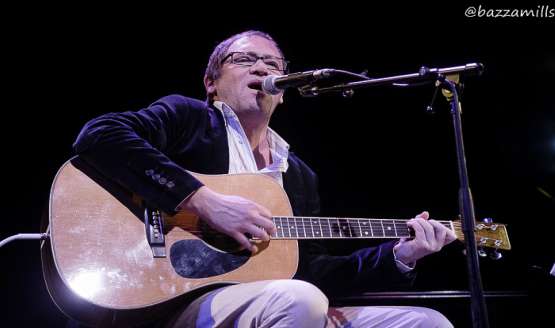