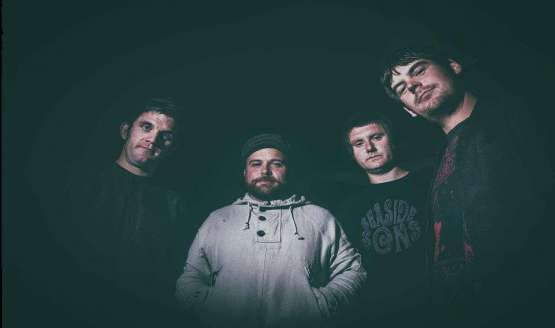 Hailing from the Scottish coastal town of Ayr, Seaside Sons are a 4 piece Indie-rock band consisting of vocalist Jason Skimming, Pav Cathcart (guitar), Craig McGinn (bass) and Campbell Sproat on drums. New single ‘Love Shines On’ marks the return of the Sons following their 2014 debut album Out Of Time.

Crashing drums and a catchy as f**k guitar riff catapult the track through the airwaves from the opening seconds.  ‘Love Shines On’ makes an instant impression and is tinged with a dark energy that drives the track and highlights the progression in their sound. Front-man Skimming shared an insight into the track, “Love Shines On was born from a rehearsal one night...Pav had this kinda Jimmy Page type riff the band joined in...and we recorded the jam...there was an idea for a melody and the title Love Shines On...the lyrics just flowed from there and the song was written next day”.

The song was also mixed by Andy Crofts (The Moons/Paul Weller band) and Skimming informed “We had been sitting on the recording for a while...it was just missing something. We supported The Moons previously in Glasgow and are fans of the band, a great opportunity to work with Andy came up and he has totally transformed it. It highlights the talent Andy has, front-man and guitarist in The Moons, keyboard player for Weller and also able to mix on the production side”.

‘Loves Shines On’ is backed with an acoustic number ‘Fell To A Low’ and is available now via Itunes and Spotify.