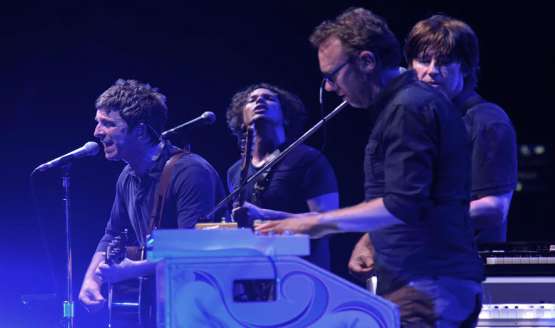 Noel Gallagher and his High Flying Birds put on an unforgettable show at one of Buenos Aires most iconic venues.

After a little bit more than two decades playing with former band Oasis and two critically acclaimed solo albums, Noel Gallagher doesn't have anything to prove, does he? And his gig at Estadio Luna Park in Buenos Aires last night just confirmed he still IS one of Britain's most talented songwriters of all time.

Luna Park Stadium is Argentina’s answer to Madison Square Gardens and on any given Friday, Saturday night in the capital, the 85-year old stadium still might be the place putting on some of the best shows in town and this was definitely one of them.

Noel Gallagher delighted fans with a 90 minute-set mixing his solo material with Oasis anthems such as Wonderwall, Champagne Supernova,The Masterplan, Listen Up and Dont Look Back in Anger.

The 10,000 capacity arena was filled to the rafters with adoring fans. This is what fans had been waiting for in a way. They were desperate to see Noel Gallagher again. The last time he'd visited Buenos Aires was almost 4 years ago to present his self titled debut album. It had been a long wait. This gig came as a surprise as fans thought he would only play Buenos Aires on Saturday as part of Lollapalooza Festival 2016.

Noel Gallagher and his High Flying Birds (drummer Jeremy Stacey, keyboardist Mike Rowe, Liverpudlian bassist Russ Pritchard and guitarist Tim Smith) took to the stage at about 9.15 and launched straight into the first song of the night 'Everybody's on the Run' taken from his debut album quickly followed by two tracks from 'Chasing Yesterday', 'Lock All the Doors' and 'In the Heat of the Moment'.

First Oasis track of the night was the popular, slightly punk-styled "Fade Away" track which appears on the compilation album The Masterplan. Time to go back to his latest work again with the moody 'Riverman' before playing Noel Gallagher's first solo single released back in 2011 and one of the crowd's favourites off his solo stuff 'The Death Of You And Me'.

First highlight of the night came with the second of nine Oasis tracks which were part of the set. Noel Gallagher started playing one of the songs which defined a whole generation and paved the way to many other band; 'Champagne Supernova', the usual singalong followed the first lines "How many special people change How many lives are living strange....'. Another great Oasis' track 'Sad Song' quickly followed with Noel Gallagher delivering every tune with - I dare say - studio perfection. He sounds so damn good live. I felt the same thing when he played his first solo show in Buenos Aires in 2012.

Off his solo stuff one of my personal favourites was the amazing ‘If I Had A Gun’ taken from his debut album. The atmosphere at Luna Park stadium was certainly electrifying. People adore Noel in Argentina and he certainly knows that. Noels vocals were once again faultless.

After that, Noel Gallagher launched into another Oasis' B Side 'Do yer wanna be a Spaceman'. Fans couldn't resist temptation and started singing 'Live Forever' with Noel playing the first lines on guitar before playing  Record Store Day single release 'The Mexican'.

The first part of the set came to an end with Noel Gallagher and his High Flying Birds playing two more Oasis songs, 'Digsy's Dinner' and 'The Masterplan' before leaving the stage for a few minutes before the obligatory encore kicking off with crowd pleaser Listen Up which sounded amazing live. Then, it was time for one of Oasis major hits 'Wonderwall', followed by probably one of the most 'experimental' tracks from Noel's first solo record: 'A.K.A ... What a Life'.

Triumphant culminate of the entire night was one of Britain's most anthemic songs ever written, the classic ‘Don’t Look Back In Anger’ with fans holding hands up in the air singing in unison and well above the Chief's vocal range. I could see fans in the front row going deep into hysteria and some girls almost crying as Noel launched into these classic songs.

All in all, we loved it. The fans loved it. the band loved it. Great selection of classic songs and Noel Gallagher sounded as powerful and iconic as ever providing a soundtrack to the lives of many of us who were there last night.

With the release of his second album and rumours of a third record on the way, Noel Gallagher has nothing to prove, does he? And he's certainly here to stay for much longer than one can think of.

It was an unforgettable night of great music with Noel Gallagher smashing through a 19-song set featuring Oasis classics and new tracks taken from his two solo albums.

Last time Noel was in the capital was in 2012. No need to wait another 4 years, make this a bloody annual event for Goodness sake! 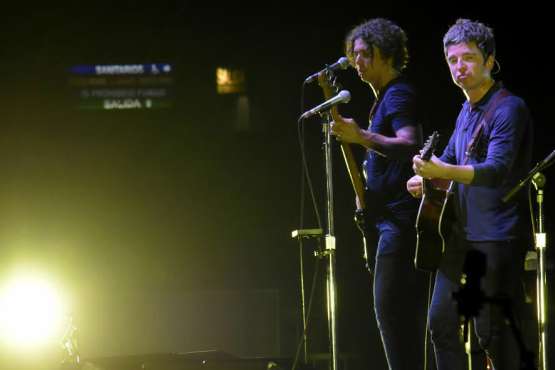 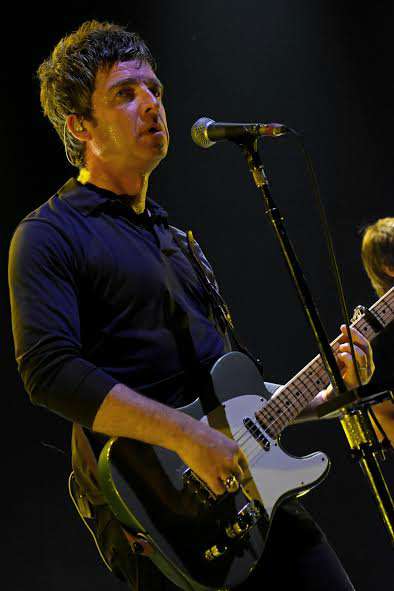