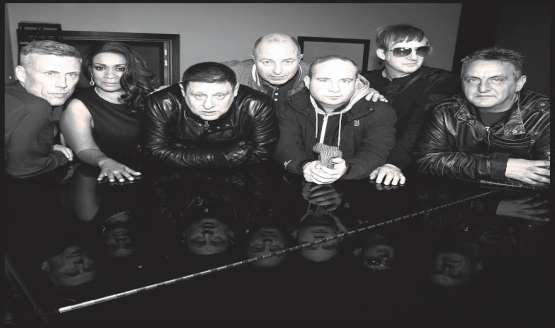 This time we had the chance to do an interview with one of Britain's most legendary singer/songwriters, Happy Mondays and Black Grape's frontman, Shaun Ryder.

As the singer for the Happy Mondays, Ryder has left an indelible mark on British music history. Formed in the 80s, The Mondays have released 5 studio albums and this year the band are touring the UK to celebrate the 25th anniversary of their third studio album , their iconic "Pills, Thrills 'n' Bellyaches".

Shaun Ryder is one of Britain's most talented songwriters. Tony Wilson himself even went on to compare Ryder's lyricism to the work of W.B. Yeats. After the break-up of the Happy Mondays, Ryder went on to form Black Grape together with Bez and Kermit.

In this interview, Ryder talks about touring with the Mondays, the 25th anniversary of their third studio album, Johnny Marr, UFOs, Black Grape and more.

KUL BRITANIA: Hi Shaun,thank you for doing this interview, first it’s been three years now since you reformed the Mondays, what’s it been like so far?

Shaun Ryder: It's been great and keeps getting better.

KB: A while back it was announced that you’re writing a new album with the Mondays, it will be the first new music from original Mondays line-up since 1992 how is that going? (Any idea when fans will listen to any new material?)

SR: We will get round to making a new mondays album hopefully some time in 2016 .we (original mondays) just recorded a new track together for the tv show "singing in the rain forest" which turned out realy good.

KB: There are a lot of live dates coming up celebrating the 25th anniversary of your third album. What's it like to be touring that album after 25 years? Did you ever think it was going to be such a huge success after all these years?

SR: Playing together as a band now is better than ever, the sex n drugs have long gone its all rocking roll now. When we made "pills n thrills" we knew we had a good record but could only hope it would stand the test of time.

KB: How different was touring Pills 'n' Thrills & Bellyaches back in the day? Do you enjoy it as much today as you did then?

SR: Back in the day we were young lads doing what young lads do and we had a blast, now we're older, wiser and fatter. We are doing what older,wiser, fatter men do which is take it easier enjoy what we're doing which we all do now. We are not on the music biz treadmill so it's much calmer and slower paced apart from Bez he is still 21!

KB: Speaking of your third studio album, What is your favorite track off pills thrills and why?

SR: I like Pills n Thrills album as one piece of work and my fav tracks change all the time but this week I am liking Loose Fit and it's lyrical content seems current.

KB: You come from the so called second summer of love generation during the rise of acid house music and all that Manchester scene, what was different then to generate such an impact on British society? Do you see something similar today happening in Manchester?

SR: Back in the late 80s and early 90s there was a whole cultural revolution with music, drugs fashion and politics, pretty much like the 1960s. So just for the sake of the young and art I really hope something comes along like that again, I think every generation should feel what we did so come on u youn guns' fucking do something arty!

KB: We did an interview with Johnny Marr a while ago and he told us he almost joined the Mondays, in fact he did but just for a few minutes when your guitarist quit the band? Would you have liked him to join the band to record with you?

SR: Johnny very politely told us to fuck off which really did us a favour . I really didn't understand a lot of things back then about music it seems we were asking Johnny  to join us because he was Johnny and we thought he was cool and wasn't thinking about his guitar style being right for our band we were at that point musical Neanderthal Luddites.

KB: Was there any rivalry between the Mondays, the Roses or any other band from Manchester in those days? or was it more like "well Manchester is taking over, We are loving this"?

SR: There was no rivalry on the Mondays part and no I didn’t see it as manc taking over, it was bigger than that it was the UK  taking over.

KB: Shaun you are a Man United fan, were you ever part of the casual scene?

SR: I am a red but not a big footy fan, in manchester in 1978 casuals were known as perry boys and I can say yes I was in the first wave of that scene.

KB: Changing the subject a bit, you said youve been obsessed with ufos for many years now you even travelled to Chile to carry out research,when did that start and what was the experience like in Chile?

SR: It was great and they're very open on the ufo subject. Just before my 16th birthday in 1978 I saw my first ufo, me and a handful of people at a bus stop saw somthing zig zagging about in the sky going left to right, right to left, up and down at an incredible speed. I am guessing 10 thousand miles an hour.

KB: Black Grape have been signed to Creation Management run by McGee to coincide with 20 years of the It's Great When You're Straight... Yeah album, do you have plans to release any new material with the band?

SR: Definitely a new album with Black Grape and I will probably do it before the Mondays album. Black Grape  is just me and Kermit so it's a lot easier to organise

KB: Speaking of Chile and for our followers in South America any chance the Mondays might tour Latin America this 2015?

SR: I would love to tour Latin America with the Mondays but I don't think we could do it in 2015 we could do black grape though I think I might be able to fit that in somewhere and maybe Mondays 2016.

KB: Finally,If you bumped into little Shaun down the street, what advice would you give him?

SR: Don't be so fucking hard on yourself kid, you write some pretty fucking good stuff. 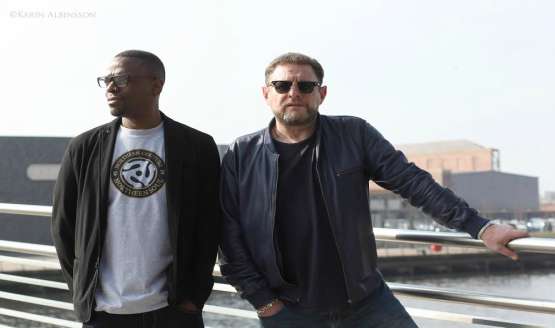