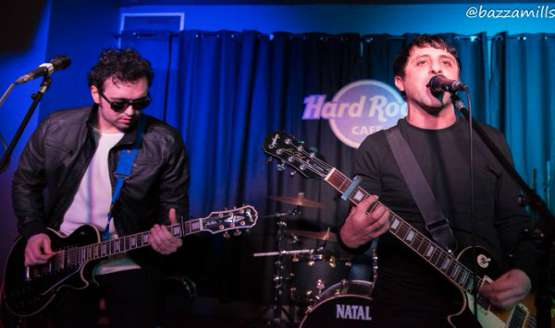 Promoter My First Music certainly knows how to put on a gig and tonight at the Hard Rock is another belter.

Signed to Alan McGee’s Creation Management, Alias Kid are a band that have been on my radar for some time with a number of mates from the Glasgow scene raving about them. Needless to say I have been looking forward to tonight for a couple of weeks and with the added bonus of three support acts on the bill the journey to Glasgow is well worth it. With trains into Glasgow disrupted severely from my neck of the woods, I arrived just in time for a quick chat with Alias Kid vocalist/guitarist Maz Behdjet.

With the interview behind me, I am intent on catching the first act on the bill; the Seaside Sons. Having supported CAST last year, the Ayr band caught my ear back in 2014 when they supported The Moons (featuring Andy Crofts and Ben Gordelier of Paul Weller’s band). Since then I reviewed their promising debut album ‘Out Of Time’ and have since been looking forward to catching the lads again live. Tonight the four-piece are once again impressive with Pav Cathcart’s guitar hooks and front-man Jason Skimming connecting well with the crowd. Sporting a Lennon New York City T-shirt and a Seaside Sons Keep It Rollin patch on his jacket, singer Jason both looks and sounds the part as he delivers catchy lyrics that are perfect for a sing-along. ‘Out With The Tide’, ‘Roll-on Little Lady’ and ‘Weekend Rockstar’ are set stand-outs and with rumours of a new song currently being mixed by Andy Crofts the Seaside Sons are a name to watch out for.

Going by the name of Revolver, a youthful looking four-piece are next to take to the stage. With a swagger and energy about them, Revolver are not a band I am familiar with. That said, the guitar driven band put on a good show and the one song I had checked out previously; ‘Angel In The Sun’ sounds even better live.

Auchterarder band The Niblicks follow and instantly demand the crowd squeezes in closer to the stage. Ballsy but evidently the band has sold a lot of tickets for tonight’s gig with those in attendance keen to show their support. The Niblicks are loud and in your face but in an enjoyable way. There is a looseness about the set but that doesn’t matter as everyone in the Hard Rock is enjoying it. For some reason the band have me reminiscing to early (rockier) Travis and just like Fran and the Travis boys The Niblicks recognise the power of a good cover and have the place bouncing with a cover of Fat Boy Slim’s ‘Praise You’. Perhaps it is just that Friday pay-day feeling but I‘m loving it anyway.

Step forth Alias Kid and with the place rocking the Manchester lads stamp their mark on the night from the off. With many friends in the crowd the buzz has been building all night and hearing the band live the attraction hits me in the face like an upper-cut; gutsy guitar punk rock n’ roll with attitude. This is my kind of music….loud, in your face and so SO much better than the crap in the music charts today. Despite guitarist/vocalist Sean O’Donnell not making it, there is no holding back the band who feed off the crowd and deliver a blood pumping set like their lives depend on it.

‘Zara Henna’ raises the bar early-on and is shouted back at the band from a small army of die-hards. If delivered in the right way, the power of live music should always surpass a CD, digital release or whatever the medium of choice is and with Alias Kid completely owning the stage it is clear why people I respect have been speaking so highly of the band. Coming in midway through the set ‘Dirty Soul’ with it’s “come on, come on, come on” intro ensures the party does not let-up.

Expletives are frequent and there is an aggressive edge to the band ensuring no-one dares to take their eyes off the stage. At times the uncompromising grit reminds of another famous Manchester band but there is much more going on here. ‘Smoke And Ashes’ accentuates the tender side of the band with Maz in fine voice as his vocal soars in this anthemic number. Evidently it is not just the crowd who are enjoying the music; this is the sound of a band enjoying every moment on stage. With the pay-day drinks flowing, I wonder if there a better gig going on across Glasgow or indeed the UK right now? No f**king way!

Thanks to Pat McGuire for helping with the interview 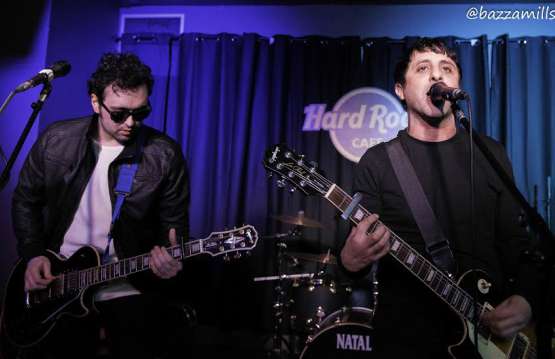 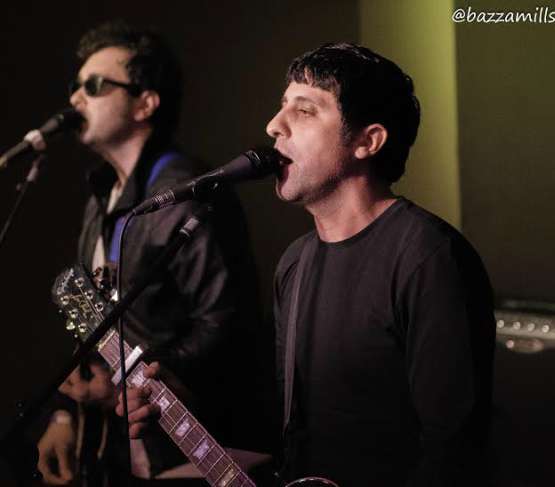 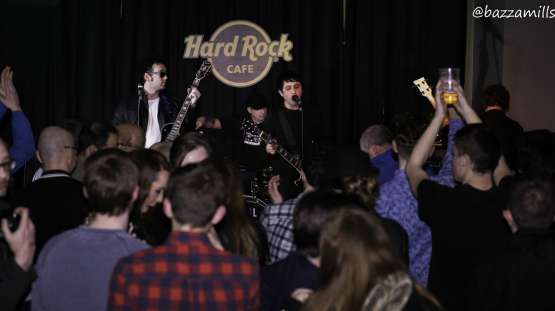