Aitor Throup: The Portrait of an Artist - Exclusive Interview 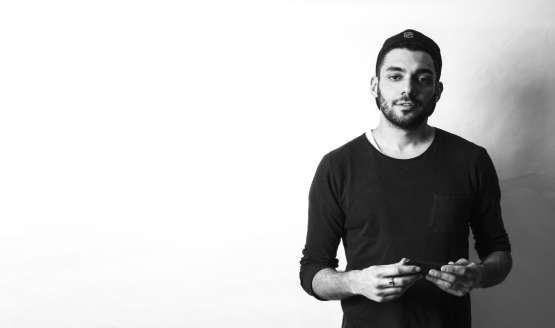 Aitor talked to us about everything; growing up in Burnley surrounded by football hooligans and developing this passion for brands such as CP Company and Stone Island which led him to pursue a career in fashion design.

However, Aitor makes it quite clear that the casual subculture introduced him to those brands but that was just the door to his real passion which is creating timeless products, and art which will stand the test of time.

AITOR THROUP is a man who has got involved in several different projects from reinventing the conventional approach to fashion design and garment construction to creating videos and artworks for the likes of Damon Albarn or Kasabian. Recently and, to add more names to this ever-growing portfolio, the London-based artist and designer born in Buenos Aires has been appointed as a creative consultant to G-Star Raw.  We chatted with him about his past and present projects and his love and passion for creating art.

Read the first part of the interview with AITOR THROUP: THE PORTRAIT OF AN ARTIST.

KUL BRITANIA: AITOR LETS BEGIN AT THE BEGINNING , YOU WERE BORN IN BUENOS AIRES THEN YOU MOVED TO SPAIN TO FINALLY MOVE TO ENGLAND? WHAT ARE YOUR CHILDHOOD MEMORIES OF BUENOS AIRES, ARGENTINA?

AITOR THROUP: Let me think...I grew up in Buenos Aires but the thing is we lived in different places and different areas so I can't really remember specifically where I lived.

KB: BY THE AGE OF 12, YOU MOVED TO ENGLAND, BURNLEY TO BE PRECISE, WAS IT TOUGH FOR YOU TO KIND OF ADAPT TO LIVING IN A PLACE WHERE SPANISH WAS NOT SPOKEN OR WERE YOU ALREADY BILINGUAL AT THE TIME?

AT: No, I wasn't bilingual. I couldn't speak English at all really ....maybe a couple of words, like the ones you learn at school at that age. It was difficult but I guess I always adapted easily. I've always been sociable and confident and I 've never relied on community, on being part of the group, I've never relied on popularity, you know, I was very interested in the self, in individualism and it was more like:"how can one person be themselves yet and being able to be part of a group of people? I think a lot of people rely on associating themselves with a country or a community. I never really had that. I'm not patriotic. I think it's only irrelevant.I believe we're children of the universe. It doesn't matter really. When people ask you "Where're you from?" they mean "Where was I born?" , they mean "My accent?", because my acccent is quite strong from the north of England, do they mean "my ethnicity?" , "my ancestry?", "my name?", and they may all get different answers,you know?