Why The Bunnymen became a key part of '13 Reasons Why'

Echo and the Bunnymen Ian McCulloch 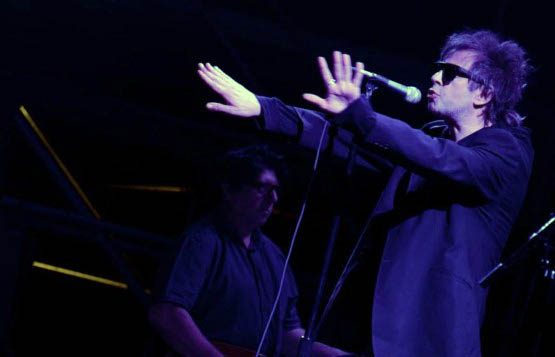 Thirty years ago, Echo and the Bunnymen frontman Ian McCulloch got a call from Joel Schumacher who was working on a new vampire movie called “The Lost Boys” and wanted the Liverpool band to cover the Doors’ classic “People Are Strange” for the opening credits.

McCulloch recalls “Initially I said, ‘No, thanks,’ because I didn’t get the Doors-Bunnymen comparisons, except [for] the fact that the frontmen for both bands are the most beautiful dudes on the planet,” McCulloch tells The Post with his trademark self-confidence and humor. “But then he said, ‘[Doors organist] Ray Manzarek really wants to work on the song with you — you’re the Doors of today.’ So I thought, ‘That’s enough arse licking. We’ll do it.’

Over the past year alone, they’ve had a song on the Netflix series “Stranger Things” and two on Netflix’s much-discussed teen-drama “13 Reasons Why” (albeit, covered by more contemporary bands).

The Bunnymen have a cinematic quality, which is a really good fit for our show,” says “13 Reasons Why” creator Brian Yorkey, 46, who cites them as one of his all-time favorite groups since he was turned on to them by his older sisters back in the ’80s. The series has become a hit for its unflinching portrayal of bullying, sexual assault and suicide in high school, and Yorkey feels that the Bunnymen are an apt accompaniment.

“Nobody broods like Ian McCulloch, and I think that resonates with what the kids on our show are going through.”

To sum up, McCulloch said on 'the Killing Moon': ' the chorus came to me fully formed as I lay in bed one day. Some kind of divine intervention there.'