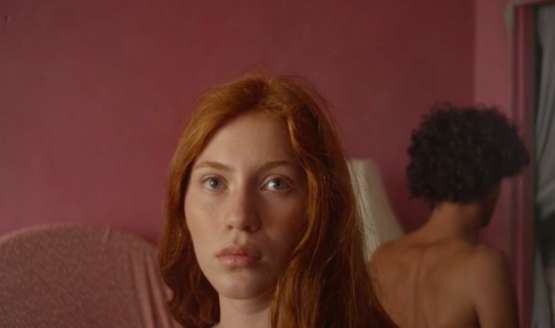 After three consecutive Top 5 albums, White Lies will be releasing their fourth album ‘Friends’ on October 7th. The first release under a new deal withBMG.

With ‘Friends’, White Lies haven’t so much abandoned their trademark synth-rock sound as given it a spring clean by exploring new sounds. For many reasons, it felt like a fresh start.

First single from the albumis called ‘Take It Out On Me’. It’s available now and impacts on August 26th.

White Lies have collaborated with award winning Mexican film director David Pablos to create their video for ‘Take It Out On Me’, the debut track from their new album ‘Friends’.

David Pablos is at the vanguard of New Wave cinema in Latin America. His latest film ‘The Chosen Ones’, now hosted on Netflix, premiered at Cannes Film Festival in 2015 and went on to win Best Film, Best Screenplay and Best Director at the Mexican Academy Awards 2016.

The collaboration came about when White lies saw ‘The Chosen Ones’ on Netflix and tracked the director down via Facebook. ‘Take It Out On Me’ is the debut music video by the cult director. Says David Pablos of the video “I had wanted to make a music video for quite a long time. I told everyone I knew in Mexico, how much I was looking for this opportunity,but nothing happened… And suddenly, out of nowhere, I got a message from White Lies, inviting me to collaborate with them! How exciting this was! The music video for “Take It Out On Me” is a reinterpretation of traditional stories of saints, in modern day Tijuana, mixed with elements from the film “Theorem” by Pier Paolo Pasolini. A little bit of dark humor and that’s the final result!”

Harry McVeigh who acts in the video says: "I spent four days in Mexico in Tijuana shooting the video with director David Pablos and his cast and crew; it was inspiring to work with such talented actors and with such a visionary and hard-working director. Seeing Tijuana from the perspective of the local people from all backgrounds and eating, drinking and exploring the vibrant and transient streets is an experience I’ll never forget. This video is a perfect love letter to Tijuana and it's people”.

‘Take it Out On Me’ started as an experiment in which Charles Cave aimed to write a chorus using just numbers.

“Right up until we recorded the song it was called 89-1-3,” he says. “It was inspired by a lunatic on Instagram who kept commenting on a friend’s photos in pseudo Biblical verse. From his profile I discovered he lived in a remote cabin with a rough-looking dog. He posted weird videos in which he quoted random numbers. As a challenge, I turned them in to a song. The only problem was that it went so well everyone said it should be the first single, so I relented and gave the chorus real lyrics.”

Watch their video below