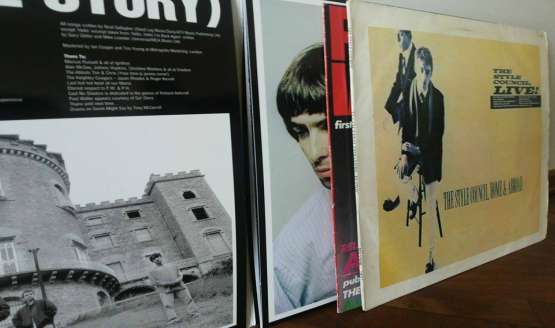 More than 3.2 million records were sold in 2016, a rise of 53% on the previous year, according to the BPI, which represents the music industry.

David Bowie's Blackstar was the most popular album on vinyl, selling more than double the number of copies of 2015's biggest-seller, Adele's 25.

The last time vinyl fared so well in the UK, in 1991, Simply Red's Stars was the year's biggest-selling record.

However, vinyl still only accounts for 2.6% of the overall music market - and while it continues to enjoy a resurgence, sales of CDs and downloads are falling rapidly.

Four years ago, when the download market was at its peak, that figure was 32.6 million. Now, consumers are increasingly turning to streaming services.

What was the last vinyl you bought? How many did you buy in 2016?