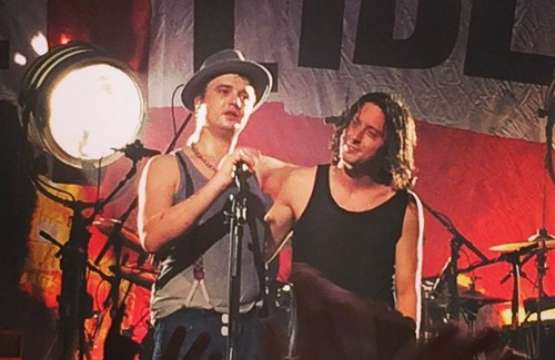 Watch The Libertines perform their last U.S. show with Pete Doherty before their initial breakup on May 5th, 2003 at the North Star Bar in Philadelphia, PA.

Washington filmmaker Matthew Levin caught one of these shows on camera and has now made footage of the entire show available to stream. This gig was filmed at the end of the band's US tour on May 5, 2003 at Philadelphia's North Star Bar, it's as up-close and personal as they come.

The Libertines are scheduled to release their third studio album 'Anthems For Doomed Youth' September 4.

In other news, The Libertines perform at Maida Vale.