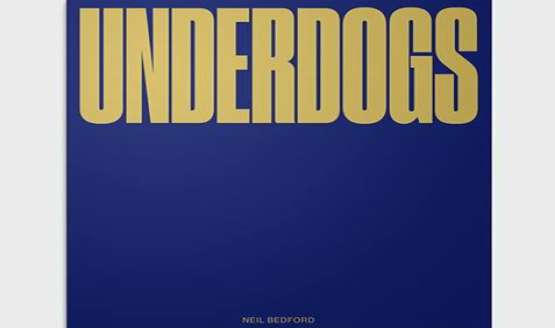 A RARE INSIGHT INTO THE WORLD OF KASABIAN, CAPTURED BY THEIR TOUR PHOTOGRAPHER NEIL BEDFORD, IN AN INCREDIBLE NEW BOOK.

"It’s been a long time coming, but today, because of what I’ve been doing for some of the last 5 years, in this field, at this defining moment, I’ve decided to release a book.” - says NB*

Neil Bedford has launched his first ever book, Underdogs, with Kasabian. It was shot during their 2 infamous King Power Stadium shows in May this year, as well as the warm up shows and rehearsals. As he has been working with them for five years he thought it would be a good time to put something into print.

He's only printed 500 copies so if you want to take a further look, please visit his website: underdogs.neilbedford.com

I’ve also attached the press release in case you simply want to read more about it:

Its also worth looking at purely for this quote: 'That was the greatest week in our lives and it was captured by Neil Bedford, one of the greats of our time. As good as life will ever get’ - Sergio Pizzorno

The book showcases 101 images recording life on the road with the British band Kasabian, in the month of May 2016. Bedford, the bands official tour photographer of five years, documents two historical shows staged at Leicester City’s Football ground, the King Power Stadium.

‘The gigs were incredibly special as, not only was it a dream of the boys to play in Leicester City’s stadium to a home crowd, but also because Leicester City had just won the Premier League. The book is an important time of celebration for the band, the football club and the people of Leicester.’ comments Bedford.

This is the first time the band have allowed such imagery of the show’s to be shared with a wider audience. All photographs are un-seen, un-published and showcase a full spectrum of public and private facing moments.