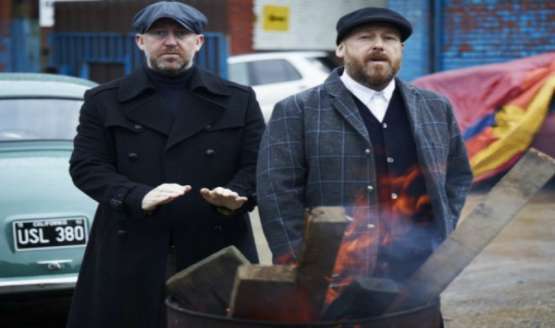 Powered by AB Project
After a series of rumours, we hear via zani.co.uk that news has finally emerged of the confirmed major TV drama planned for UK and international television, Too Much Rock N Roll.
The latest project from occasional writing partners. Irvine Welsh and Dean Cavanagh. Together with Keo Films, Welsh and Cavanagh are teaming up to write the screen adaptation of Still Breathing, the book on the life and times of Manchester’s infamous lovable rogues, The Donnelly Brothers. More colourful than a Crayola factory, Anthony and Christopher have led the kind of lives that get instantly filed in the “couldn’t make it up’ category. So it seems we will get the chance to see their on screen stroll down memory lane of sorts.
Still Breathing was the tale of two brothers from a notorious Wythenshawe housing estate who against all odds went on to form their own clothing company. A ride that took them from a Manchester warehouse to the catwalks of London, Paris, Milan and Tokyo. Their attitude to life and fashion attracting the attention of Vivien Westwood who hailed them as ‘Ambassadors for a generation’.
'The Donnelly brothers pioneered the whole dance music scene" Clint Boon (Inspiral Carpets)
Read the full article HERE
Read the Rebirth of Gio Goi.
Watch the Pretty Green Gio Goi Event held in January 2017 to present their new collection.
Follow us on   FACEBOOK | INSTAGRAM  | YOUTUBE | TWITTER