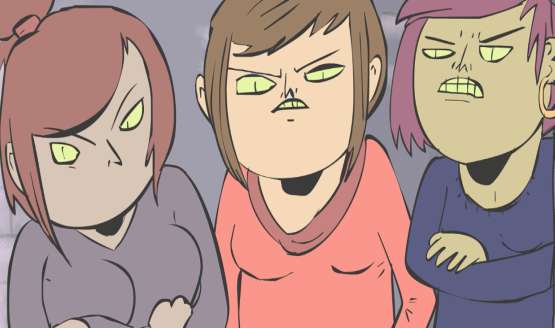 The Wholls (Wolz) are a Bedford-based 4 piece who play alternative rock music for venues packed with manic fans, with a sound that sits equally as comfortably on mainstream radio along with the likes of Jamie T, Royal Blood and Foals.Their energetic & edgy live performances have steadily been building them a legion of loyal fans.Not going unnoticed at TV and Radio the band have already featured on C4 show 'Future Sounds' alongside Carl Barat & Blossoms. ‘X21’ was Record Of The Day on Radio X and added to the coveted Radio 1 BBC Introducing Playlist this week.

The video for 'Angry Faces' has been created by renowned animator Jake Lava. The band were big fans of his work,Tordy says "We love the way he's captured the essence of our track with an animation and story that all people no matter what class, race, gender can relate to. We're really vibing off it and we’re hoping everyone else will too. So when you have had a shitty day take a watch of this video and give your two fingers up to the world, say fuck them and kill them with kindness!"

Frontman Tordy is garnering a reputation as an electrifying presence on stage, resulting in the band being sought after and exclusively booked to open the show at last years prestigious Miss World in December. Held at The Beauty Ground Theatre in China this is the first time in the events 65 year history that a new band has been chosen to open the show.

The fully supported release combined with a string of dates, ensures The Wholls will be making their presence felt live, on TV screens and on radio stations throughout the UK.

Watch the video below. Full UK tour below.

1/4 - This Feeling -The Joiners, Southhampton