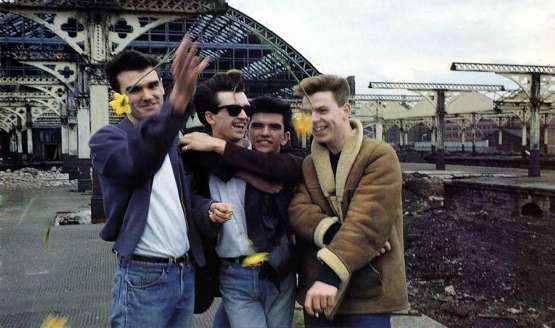 Warner Music has created a The Smiths official Twiter account and it stirred up emotions around the band’s followers. It got people thinking that the nearly impossible idea of a reunion was bound to happen. It is well known that the idea of The Smiths getting back together has been a request made by fans and some journalists alike since their break-up, but it wouldn’t seem as such.

The account’s first tweet reads: “Please note this account is purely to celebrate the history and the music of The Smiths”, and it has not tweeted ever since. It appears it’s just a publicity stunt on behalf of the record company.

Johhny Marr is still touring Europe and the UK after the release of his first live record “Adrenalin Baby” and has not made any comment on the matter. Neither have Andy Rourke or Mike Joyce.

However, Morrissey did make a statement on the matter through his website True To You which said: “A Smiths/Morrissey Google alerts/Twitter account has been opened by Warner UK. Morrissey would like to stress that this account has not been sanctioned by him and has no connection to him. Follow it at your peril.”

A while back, Moz announced he had given his last concert in the UK and now he is occupied with a political issue. Last month, he had been invited to London to become a Mayoral candidate, which was backed up by a statement on his site which explained hehad been invited to join the Animal Welfare Party. So, it appears a Smiths reunion is not something to keep your hopes up for.