The Jam the cribs skinner brothers 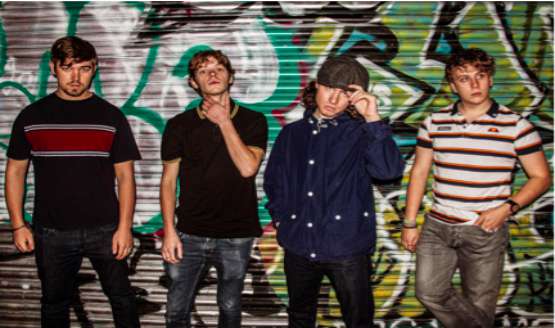 The Skinner Brothers have been bubbling under as a hot tip on the indie circuit since forming in 2018. They were personally invited by Carl Barât to join The Libertine son the road, which they followed by headlining a tour for new music champions This Feeling. Clash hailed their early single ‘Nothing But An Actor’ for its “impish, rebellious thrills” while this year’s ‘Away Days’ helped push their Spotify streams towards the 2 million landmark.

Having recently signed with the management company Magus Entertainment(Mike Skinner / The Streets), The Skinner Brothers preview a big year ahead by sharing their new single ‘Low’. It’s the first track to be taken from their forthcoming EP, which will follow in the spring.

The band’s vocalist, guitarist and producer Zac Skinner commented, “‘Low’ is about the brilliance of flying so high! And then the horror of crashing down to a spectacular LOW!"

Skinner knows all about those highs and lows. While the band’s peaks have offered a taste of what’s to come, he has had to grind away to make every moment happen. At the age of 18 he left his family home and headed to London with only a guitar in his hand to chase his ambitions. In the day he’d be found working in a shop, sneaking upstairs during quiet moments to play some guitar. He’d then cycle to the park to write and play music for a few hours, partly because being the only musician in a flatshare wasn’t conducive to being creative and partly in the hope of getting noticed and making some extra money while busking.

Years of touring and independent releases followed, before the band’s current line-up took shape with Chris Humphries (lead guitar), Oliver New (bass) and Alfie Clayton (drums). Their ragged and riotous songs tell timeless stories of youth culture - drink, drugs, sex, football - while their influences stretch beyond to artists as varied as The Jam, Sly & The Family Stone and Frank Carter & The Rattlesnakes.

It goes without saying that 2020 has been barren for gigs, but The Skinner Brothers are planning to make up for lost time. They’re planning their biggest London headline show to date at The 100 Club, and are also on the bill at The Music’s huge reunion show at Temple Newsam Park in Leeds on May 28th. The line-up also features The Cribs, The Coral, Tim Burgess and The Snuts.

‘Low’ is released on Blagger Records alongside an official video, which was directed by Connor Hill. It’s a snapshot of a day in the life of The Skinner Brothers, featuring an electrifying live performance in the flat they share and footage filmed around their hometown of Brentford.