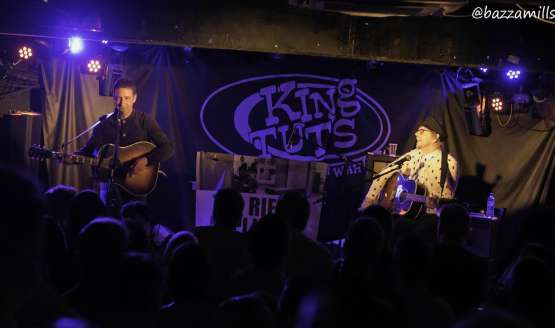 I arrived somewhat late to The Rifles party only really catching on after hearing the catchy ‘Minute Mile’ a few years back and their albums have been steadily added to my collection since. Their recent release Unplugged Album recorded at Abbey Road is a terrific (one-take) recording of some of their finest work and with the current tour supporting the album tonight’s gig at King Tut’s Wah Wah is one I have been looking forward to immensely.

As I enter the venue with the sun beating down on those enjoying a fag at the entrance there is a sense of anticipation that tonight is going to be one of those special nights that people remember and talk about for a very long time. The support band go down well with the sell-out crowd continuing to cram into the room as the moment of arrival of the main attraction beckons. A piper takes to the stage and gets the blood pumping in the crowd who give it large as Joel, Luke and Deano take to the stage.

Joel and Luke appear almost embarrassed with the adulation radiating from the crowd who are evidently Rifles hard-core and somewhat looking forward to spending the next two hours with the talented musicians. ‘The General’ kicks off the set and with ‘Local Boy’ following it ensures the crowd join in vocal duties from early on. ‘Minute Mile’ is also delivered early and as I try and get some shots from the pit, I need to remind myself this is an acoustic gig as the noise coming from the crowd behind me is somewhat deafening (despite ear plugs). Both ‘Peace And Quiet’ and ‘Heebie Jeebies’ are welcome surprises (neither feature on the Unplugged album) with the latter sending the crowd ecstatic. ‘Rock The Boat’ is also something of a standout and despite the laddish appeal of the band, there is a tenderness to the lyrics and music that connects with the fans no more so than ‘Tangled Up In Love’.

Being a culmination of over a decade of their finest work the Unplugged Album is certainly a great starting place for any new fan discovering The Rifles. The final three tracks on the album feature a choir consisting of friends of the band but tonight there is no need for a choir as the guys have a captivated crowd eating out the palm of their hand who dully responds in full vocals throughout. The rousing rendition of ‘Under & Over’ is testament to both the quality of the well-crafted songs delivered and the ability of the band to write songs that resonate with their audience. As the repeated crowd chants of “under and over” ring throughout the venue for a moment it feels like I am at a football game and in the thick of the terraces (old school style). A stirring version of ‘Romeo & Julie’ closes out the set and highlights the emotional and dare I say it romantic side of The Rifles. With everyone in King Tut’s in full voice, the determined crowd almost drown out the band with the atmosphere highlighting exactly why The Rifles should be experienced live.

With things at boiling point it appears the gig is over as Deano high-fives some eager fans at the front and the lights come on. But there is more, Luke is up from his stool and has an electric in hand and shouts something about “one more”. I frantically try and get some crowd shots from the stage…make no mistake…The Rifles have well and truly been fired and if you were there, you were one of the lucky ones! 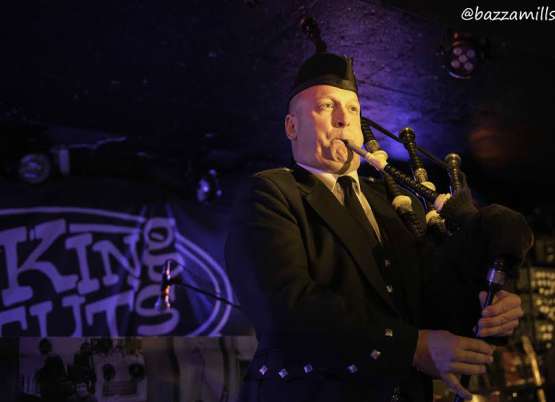 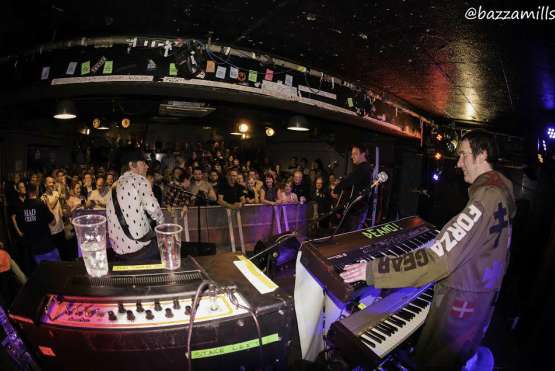 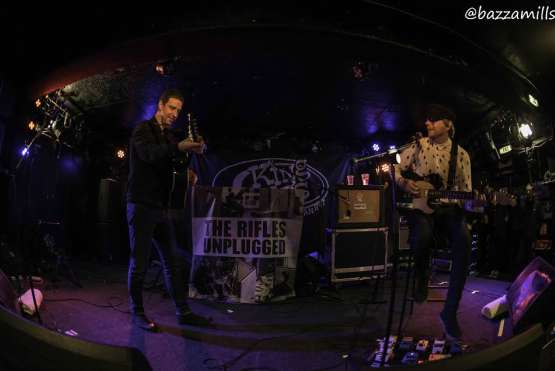 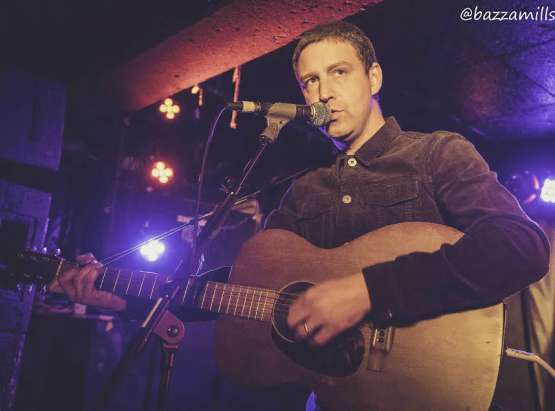 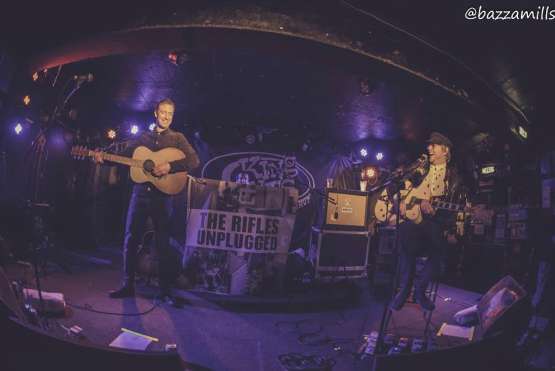 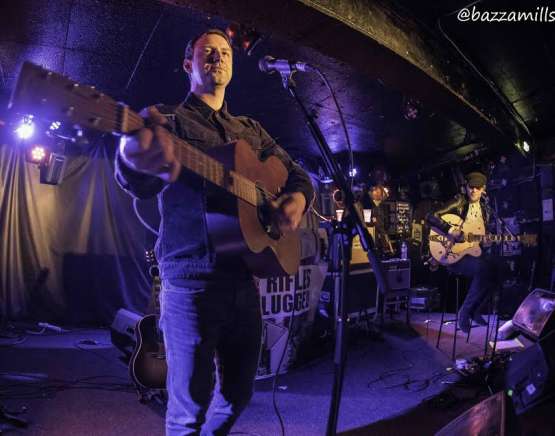 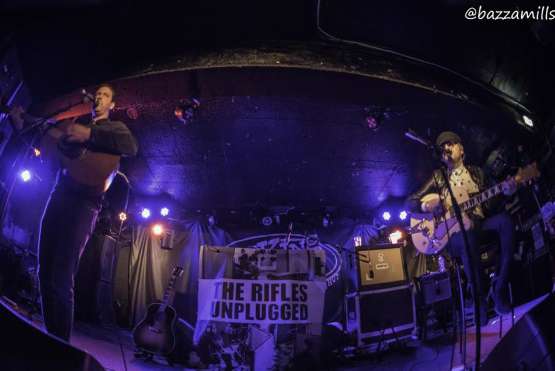 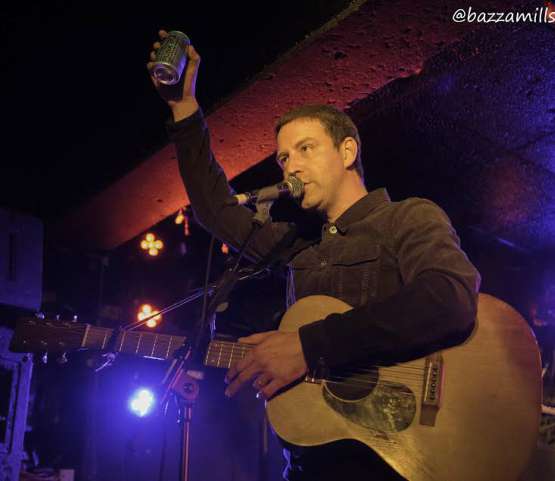 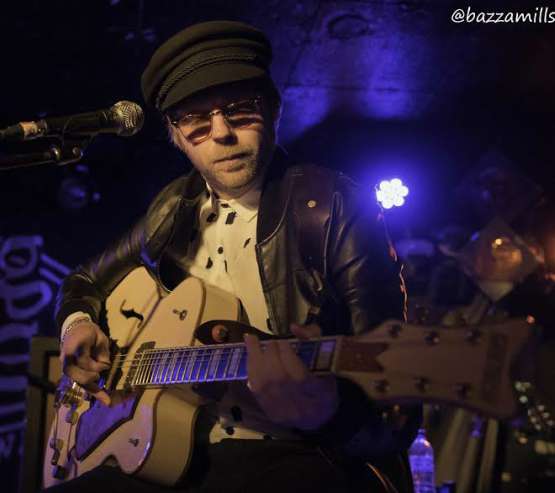