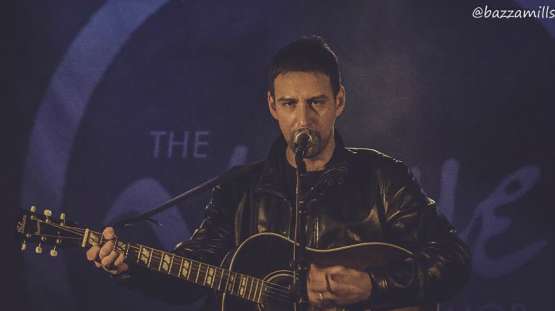 The Rifles release brand new video for track 'Groundhog Day' from current album 'Big Life'. 'Groundhog Day' is the lively album opening track which expresses the longing to be free from an endlessly repetitive job as frontmanJoel Stoker sings; "As the world goes round & round / Another lonely dead end town."Directed by Roger Sargent(Libertines, Vaccines, Spector) and starring Anna Bolton (Our World War, Vera, Hector). Says Sargent of the video; "I really wanted to avoid doing the obvious homage to the film of the same name. I think people can get to a point where their work becomes all encompassing and the only things that you experience is the stress of your commute and the numbing boredom of your job. You become a bee. A frustrated, anxious, angry worker bee."

The Rifles 5th Studio Album ‘Big Life’ is out now and the band have just finished a headline UK tour.  'Big Life' showcases a band at the peak of their confidence with the freedom to have creative sonic experimentation amongst their well honed songwriting. The Rifles craft catchy effortless pop songs with strong melodies and instant hooks. Their clever lyricism never disappoints.

This album was produced by Charles Rees at Black Barn Studios thanks to long time mentor & collaborator Paul Weller.
The Rifles will play 3 SOLD OUT intimate shows at London's Boogaloo in December.