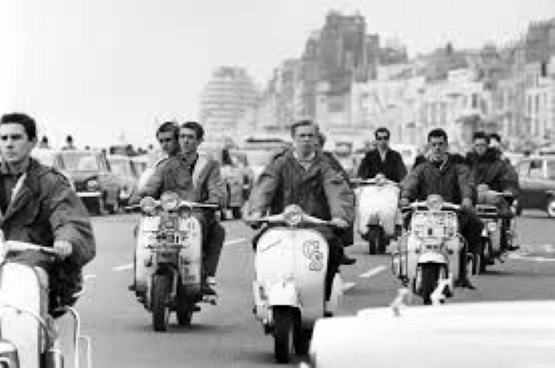 The Piaggio Museum goes beyond Vespa, is significantly updated and expands in terms of the size and scale of its collections, becoming the largest motorcycle museum in Italy and one of the biggest in Europe.

Five permanent collections spanning almost 5000 m², along with 340 m² of temporary exhibition space, recount more than a century of great emotions, dreams and projects that have accompanied the economic and social development of a nation.

After 18 years of activity and a level of success confirmed by its 600,000 visitors, the Piaggio Museum is extended from 3000 to 5000 square metres, with more than 250 important pieces exhibited.
The largest and most comprehensive Italian museum dedicated to two wheels includes many unique examples that do not just tell of the history of the Piaggio Group and its brands, but also trace the history of a country’s mobility and industrial and social development, because the Piaggio story spans the entire history of transport: ships, trains, aeroplanes, cars, scooters and motorcycles have been born out of the parent company and its brands.
As such, the Museum is the only one in Italy able to trace the history of a such a highly technological and innovative industry, the evolution of which has marked the history of Italy and Europe.

The increase in exhibition areas is the result of adding two brand new spaces that, as per the original concept of the Museum, have been created by recovering and restoring old industrial sites. Spaces where Vespas and Piaggio vehicles were manufactured until the late ’70s, later transformed into warehouses and then abandoned with the modernisation and moving of the production lines, are now recovered for museum use.
The new collections are housed here, one dedicated to the Piaggio and Ape brands and the other to the motorcycling and racing history of the Aprilia, Gilera and Moto Guzzi brands that, together, have accumulated a total of 104 world titles across the various motorcycle specialisms, from Supermoto to MotoGP, from Trials to SBK.

Alongside the exhibition space dedicated to permanent collections, the Piaggio Museum also dedicates 340 m² to temporary exhibitions, allowing the museum to continuously vary its cultural offer, spanning fields from art to technology, and from scientific disclosure to fashion. Over the years, these spaces have hosted exhibitions, events and works by extraordinary artists such as Dalì, Picasso and, among the Italians, Burri, Nomellini, Viani, Pellizza da Volpedo, Fattori, Modigliani, Carrà, Signorini, Soffici, Spreafico, Nespolo and other major players in the world of modern and contemporary art.