The Libertines will release new album in 2015 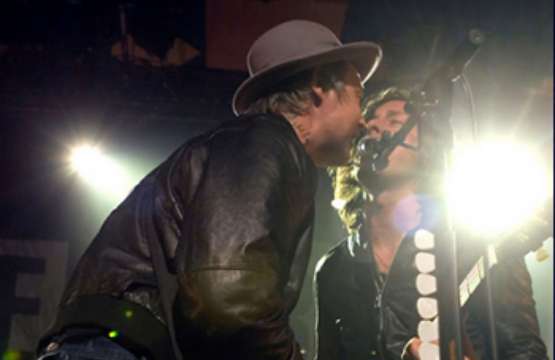 The Libertines have confirmed to NME magazine that they will embark on a trip to Germany later this year to work on a new album together.

NME spoke to the band exclusively and talking about the band's plan for new music, Carl Barat says fresh material has "always" been the plan. "Next year, it has to be," says Barat and when pressed for a release date, he said: "I don't wanna just go on the road because then you'll get cabin fever and have an epic fallout. So yeah, I want to keep something fresh coming in. We just need to find the time."

Pete Doherty is also on board with the plans saying: "For some reason in my head, I'm thinking October, November time," he says. That's what will have to happen. Basically, it'll have to be like Paris, but in Hamburg, and for a bit longer. I'm well up for it."

The Libertines will play this year