The Libertines perform new songs at T in The Park

The Libertines Carl Barat Pete Doherty t in the park 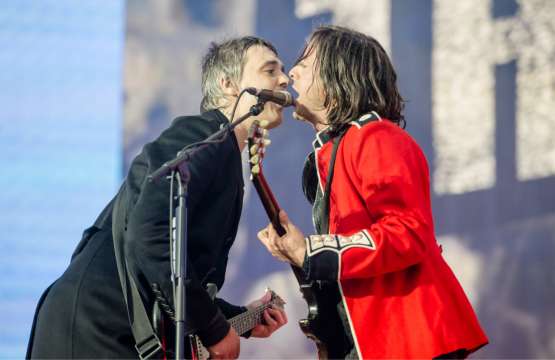 The Libertines returned to T In The Park on Saturday (July 11) after 11 years co-headlining the main stage alongside Swedish EDM AviciiAvicii.

The band played the festival for the first time since 2004, However, Pete Doherty had not been present that day. The Libertines’ set was for sure one of the busiest of the weekend and the band decided to play a few new tracks taken from their forthcoming new album ‘Anthems For Doomed Youth’.

Fans had already listened to new tracks "Gunga Din" and opening track "Barbarians" before but last night, the band performed another new track from their third studio album "Anthems For Doomed Youth" "Fame And Fortune".

The Libertines Live at T In The Park