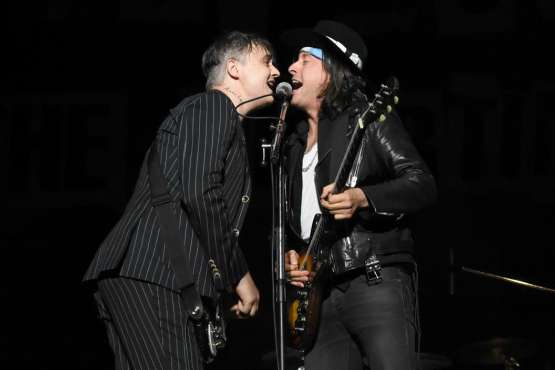 The Libertines are close to own their headquarters to "record, rehearse, write and do whatever they want" as Carl Barât confirmed they're only "waiting for planning permission."

In an interview with Gordon Smart for the first ever episode of This Feeling TV, Barât said, "We're doing everything we can [...] We’re jumping through hoops – the last thing we’re waiting on is getting the planning permission. If that goes through then we’re in business and rolling with a place to make a record, place to rehearse, place to write, a place to do whatever we want really.”

The band are currently booked to do a number of festivals this summer whilst each band member remains busy with other band projects. Peter Doherty will play Buenos Aires in a few weeks.

In other news, The Libertines on working with Noel Gallagher.