The Libertines cancel gigs due to Doherty's serious anxiety attack

The Libertines cancelled a series of gigs in London and Manchester last week due to Pete Doherty’s health issues. The band confirmed via twitter that he had suffered a “serious anxiety attack”.

Several Libertines’ gigs were cancelled because frontman Pete Doherty suffered an anxiety attack just hours before their show. The first one was a London show due last Thursday. Then they also called off a Manchester show they had scheduled for last Friday and an appearance on BBC Radio 1.

In a band statement published today on Pete’s website AlbionRooms.com, the nature of his medical emergency was explained:

"Peter suffered a serious anxiety attack during the hours leading up to the scheduled performance at the Electric Ballroom last Thursday," the statement reads. "The ideal coping mechanism in this situation is to lock yourself away from the source of the anxiety and in this case he headed to a hotel near Coventry in the early hours of Friday morning, in order that he be close to friends in his support network.”

"The decision to cancel the show in Manchester did not come from Peter it was made by management, who felt it important to ensure Peter’s welfare is a priority in line with any other ongoing treatment. Obviously the time away from the spotlight enabled the band to meet their existing commitment in Berlin and the Albion sails on course...” "Look out for an announcement very soon regarding the rescheduled dates as The Libertines are keen to make it up to anyone who felt disappointed.” 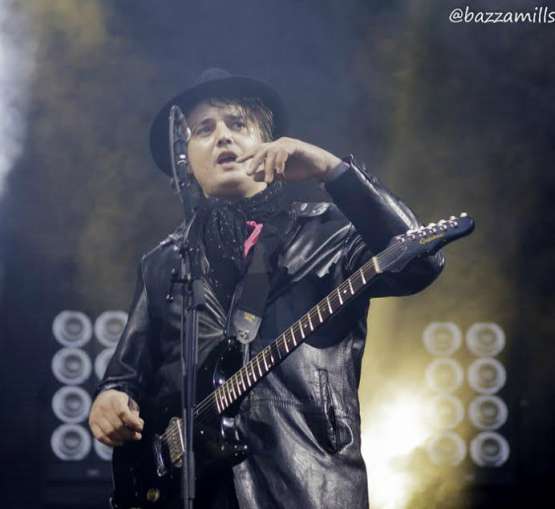