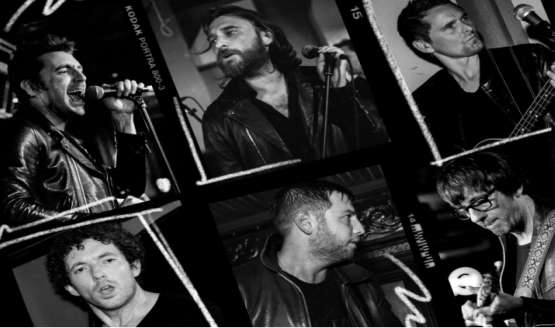 The Jaded Hearts Club line-up excites and their faultless debut offering is an 11 track covers collection of modernized, spunked-up Nothern Soul and Motown classics that energize the airwaves throughout.

Bellamy takes the vocals on evocative opener We’ll Meet Again and sets it up nicely for Cester to unleash his powerful vocal on the 4 Tops Reach Out I’ll Be There. Catchy and uplifting the cover arouses the soul with the well-shot video capturing the out-pouring of emotion the track generates. I won’t disguise it, the original recording is ingrained in my own DNA and as a big fan of Cester’s band JET this is exactly what the soul needs during these dark days.

Have Love Will Travel emits a groovy swagger that transpires as a band standard throughout the album whilst, the Screamin Jay Hawkins cover, I Put A Spell On You dazzles on all counts. Money and Why When The Love Is Gone conjure jubilant imagery of a band evidently enjoying the music alongside the listener before Kane shines through on the exuberant Love’s Gone Band. A sultry version of the Peggy Lee classic Fever oozes the gripping album to a close and leaves the listener pining for a post COVID tour.

Check out their official store https://thejadedheartsclub.tmstor.es/