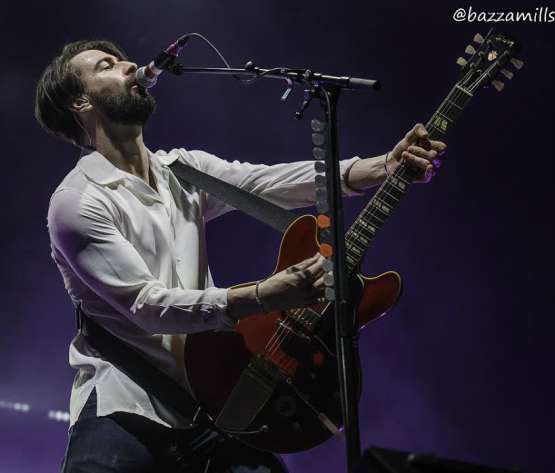 The Courteeners, the band led by Liam Fray, have unveiled their brand new video for ‘Modern Love’. Watch it below.

The song was co-written by Hurts and it is taken from their critically acclaimed 2016 album ‘Mapping The Rendezvous‘. This marks the first The Courteeners have collaborated with other artists.

In an interview with NME Fray said “‘Modern Love’ is the first time we’ve written a song with other people," and added “It was a co-write with the guys from Hurts, Theo and Adam. We’ve known them for over 10 years and have a pretty good friendship. They sent our producer a song, and they didn’t like it. It was very ‘them’ – a bit ’80s but full on. But I was like ‘fuckin’ hell, I love this track’.

“I spoke to them about it and they were like ‘do you what you want with it, really’. So I got my grubby mits on it, changed the lyrics, we put some lead guitar lines in there and luckily they loved it and said ‘let’s go’. I’d love to work with them again. We’re always talking so who knows?”

Then, talking about the official video for the track, Fray told NME: “I had pretty much fuck all to do with the video, I’m not going to lie to you. I’m really good friends with the director Joe Connor. He’s done our last seven or eight videos and I just think he’s amazing. We chatted about it but it’s nice to not be in it. The album was inspired by the film ‘Victoria’ – one snapshot of a big night out. It’s romantic, it’s sad, you’re making bad decisions, you regret it in the morning, you do it all again the next night. It’s about living fast. He’s just following his muse around Paris and it’s beautiful.”

In other news, The MIni Is Reborn.