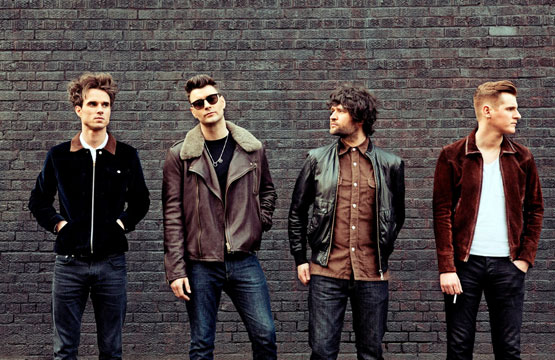 On June 5th, Manchester band The Courteeners will play a 20,000 capacity homecoming gig at Heaton Park. The gig itself is set to be the biggest of their career selling out 20,000 tickets in less than an hour back in 2014.

The Courteeners shot to stardom back in 2008 when singles What Took You So Long? and Not Nineteen Forever went straight into the Top 20. Some time later, their debut LP St Jude reached number four in the album charts in the UK.

However, the quartet hit their highest position in August 2014 with fourth studio record Concrete Love which debuted at number 3 in the UK Album chart, marking the band's highest chart entry to date.

Liam Fray told XFM about playing Heaton Park: ""When we had a half day at school, we'd play pitch and putt. It's a beautiful place. I've been on a few dates there, it's a nice place to have a stroll around."

The band have recently announced the support acts for Heaton Park.

The band also announced some Heaton Park warm up shows

Support on both dates comes from Liam Frost and Louie Louie.

Tickets go on general sale at May 15  http://gigst.rs/CT.

In other news, The Courteeners will be supporting The Libertines at Dublin Arena.

We have selected their ten best live performances ahead of their Heaton Park show on June 5th.

The Courteeners Are You In Love With A Notion? Castlefield Bowl

Not Nineteen Forever T In The Park

Paying tribute to one of Manchester's finest The Smiths