Manchester The Charlatans Made of Stone Tim Burgess Modern Nature 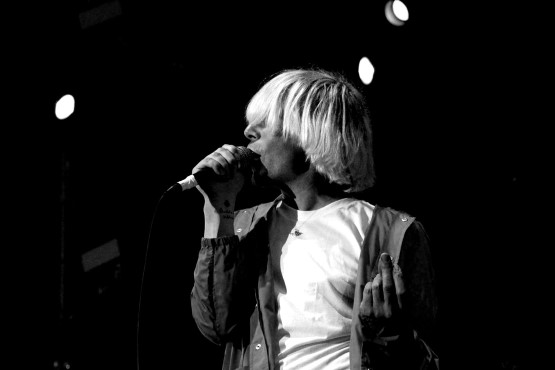 Having been a fan of The Charlatans since hearing ‘The Only One I Know’ back when it charted in 1990 I was absolutely gutted to hear of the passing of founder member and drummer Jon Brookes last year. Having lost original keyboardist Rob Collins back in 1996, I wondered if this latest tragedy may prove just too difficult for the band to continue, after all any band would have been forgiven for calling it a day under such circumstances. However, The Charlatans are a gang and once again dug deep to not just continue but triumphantly return with another classic with the release of Modern Nature. Dedicated to Jon Brookes, Modern Nature is for me a belter of an album that will excite both existing and new fans of the band.

With 11 tracks, album opener ‘Talking In Tones’ is breezy and hypnotic from the outset and as front-man Tim Burgess sings “I feel strengthened by your presence” the listener is left in no doubt the lyrics of this album are going to reflect on the loss of their friend and drummer. ‘So Oh’ follows with Burgess in fine vocal and the band creating an airy feel with hints of optimism. Latest single ‘Come Home Baby’ continues in the same vein and as Tim belts out the dreamy chorus I am infused with positivity.

‘Keep Enough’ sounds great with guitarist Mark Collins and the band drawing on influences from the past to give this one a real 60s feel. ‘In The Tall Grass’ is an absolute cracker with Tony Rogers sounding Door-esq on the keyboards accompanied by the haunting vocal “Felt free in the tall grass, Letting go of all the past”. ‘Emilie’ reminds me of the material on Burgess’ last solo album while ‘Let The Good Times Be Never Ending’ uplifts and radiates love.

The guitar and familiar bass sound of Martin Blunt on ‘Lean In’ catches the listener hook, line and sinker with a song fans of the band will welcome with open arms. Trippy and euphoric ‘Trouble Understanding’ follows before the album closes with some high notes from Tim on ‘Lot To Say’.

For me, Modern Nature is a summer album full of optimism and hope and a well-crafted blend of pop-rock that is a fitting tribute to Jon Bookes.

In other news, we had the chance to do an exclusive interview with Charlatans' frontman, Tim Burgess, you can read the interview HERE.