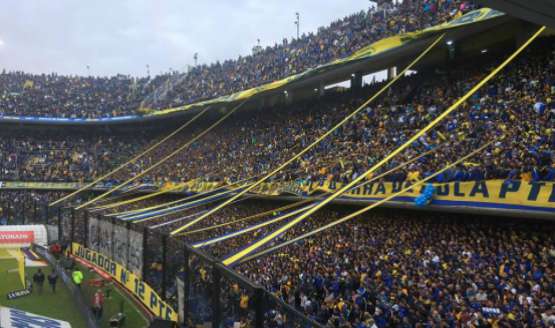 (If you are thinking of travelling to Buenos Aires, send me a DM via Instagram, we provide tours and also pro photo shoots in and around these areas) Superliga Tournament kicks off Friday 25 August.

Why do we go to watch football matches? Well...the first reason is football itself right? But in Argentina you also go to soak up the atmosphere, the madness around football.

Visiting the football grounds in and around Buenos Aires is a great way to honor the Argentine history of this sport which dates back to the 19th century. The first Argentine club was created in 1899 and ever since, football has become a national passion.

Football was introduced to Argentina in the later half of the 19th century by the British immigrants in Buenos Aires. The first Argentine league was contested in 1891, making it the fifth-oldest recognised league of a FIFA member (after England, Scotland, Northern Ireland and the Netherlands). The Argentine Football Association (AFA) was formed in 1893 and is the eighth-oldest in the world.

Those who have visited Buenos Aires and love football know that the atmosphere in grounds in the country is out of this world and we have picked ten of the best grounds in Buenos Aires.

First, do I have any advice?

Well ... Wear simple clothing, bring only the basics and DO NOT wear a jersey of any other football team from Argentina. Be careful if you are carrying a watch or mobile phone! It all depends on where your seats are basically. the more expensive the seats, the safer you'll be.

In case you are travelling to Buenos Aires, here's the fixture.

'The grounds are like the old grounds in England. Walking through those little streets of La Boca was quite intimidating. After seeing most big derbies around the world, nothing comes near that', Grant Fleming

So, here is my list of the 10 football grounds you should visit in Buenos Aires. 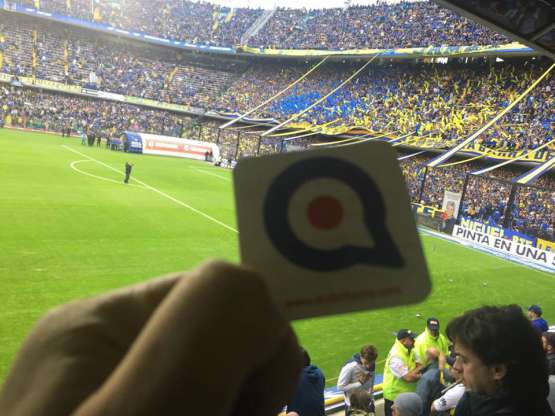 La Bombonera is probably one of the most iconic grounds in Buenos Aires and around the world. It is located in the La Boca neighbourhood, the stadium has a capacity for 49,000 people and an interesting form, with three round sides and one flat, which is what gives it the name ‘Bombonera’ which means something like 'Box of Chocolates'. Boca supporters’ are some of he most passionate ones in the country earning them the nickname of La Doce (twelfth player). Maradona and many other Argentine players such as Batistuta, Caniggia and others played for Boca Juniors back in the day.

Bombonera used to be one of the most dangerous grounds for away fans back in the day but nowadays, things have changed a lot around the area and it's become a tourist attraction so there's a lot of police presence in and around the stadium. It's not like back in the 80s or 90s. 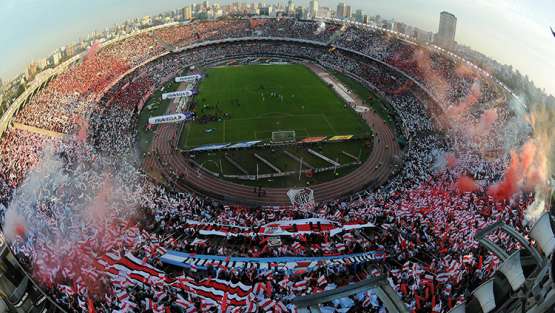 The Monumental of Nuñez A field as big as its name suggests, it’s the largest ground in Argentina, with a capacity for 67,000 people and the official field of the Argentine Football Team. The history of the stadium is quite impressive. The 1978 World Cup Final between Argentina and The Netherlands was played in this stadium and it is also the place where Oasis played one of their last gigs in 2009 with the crowd going wild.

The neighbourhood where River Plate stadium is, is full of fancy restaurants and it is one of the most exclusive areas in town. So I wouldn't say it 's dangerous but you have to take your precautions when you got o a match. 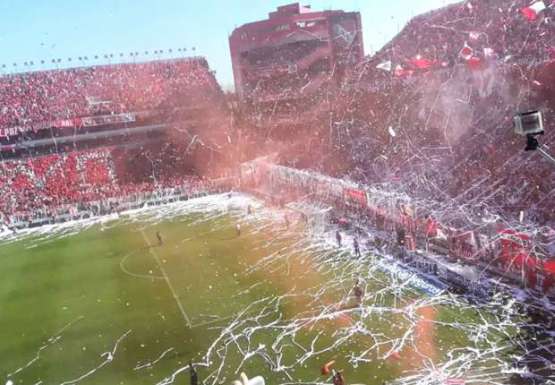 Independiente is one of the biggest teams in Argentina and it is a great club to see play in Buenos Aires. The ground is located just 20 minutes outside Buenos Aires in the neighbourhood of Avellaneda, the Rojos (Reds) can be heard chanting and arriving on trains and buses all afternoon on a game day. Estadio Libertadores de América has a capacity of 50,000 people. The 'Red Devils' ground was refurbished a few years ago but it was in this stadium where Danny Dyer shot an episode of 'The Real Football Factories'. Dyer was lucky enough to catch one of the second most exciting derbies in Argentina 'Independiente' vs 'Racing Club'. You can watch a video below.

Liverpool fans may remember Independiente as they played the so called 'Intercontinental Cup' back in 1984 with Independiente beating Liverpool 1-0. Independiente was home to Sergio Agüero who is now playing for Man CIty.

The Avellaneda derby (clásico de Avellaneda) is the second-most important rivalry in Argentine football. It is contested between Club Atletico Independiente and Racing Club de Avellaneda, It is the second most important local derby, behind the Superclásico contested between Boca Juniors and River Plate, which are both based in the city of Buenos Aires. Both teams are very popular in Argentina, and are two of the "five big teams of Argentinian football." 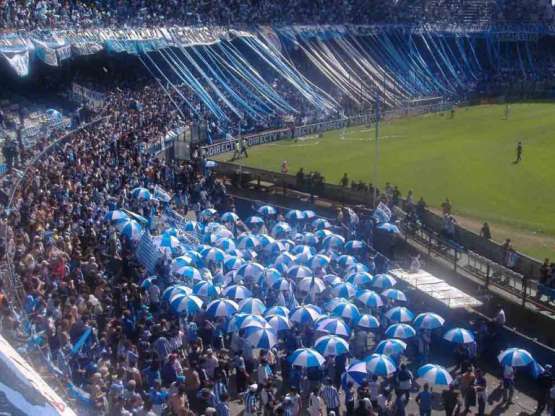 Estadio Presidente Juan Domingo Perón, a.k.a 'El Cilindro', was built between 1947 and 1950. El Cilindro officially opened on 3 September 1950 with a league match between Racing and Velez Sarsfield (1-0).While being one of Argentina’s largest stadiums, it was never chosen as a venue for any international tournament held in Argentina, mainly due to the competition of nearby Estadio Monumental. 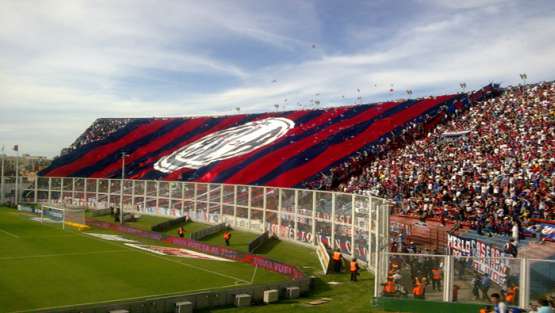 The Nuevo Gasómetro is the second home stadium for San Lorenzo. The name comes from the first stadium, which resembled a big gas tank, and was expropriated by the military government. The new stadium was built shortly afterwards in the same neighborhood to maintain tradition, with a capacity for 40,000 spectators. The club San Lorenzo de Almagro is renowned in Argentina, but not internationally, although it often participates in Copa Libertadores de América. This stadium has seen many important matches and it may not have a museum attached, but the matches played here do have loyal supporters aplenty, as the locals really embrace their team’s efforts. 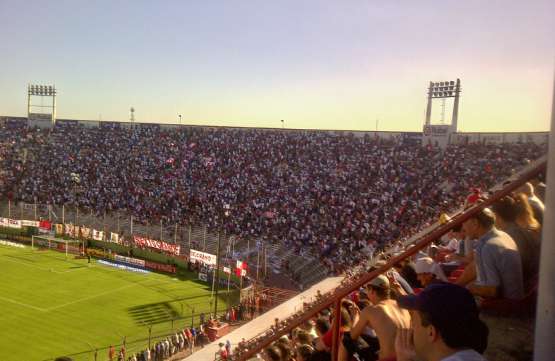 Estadio Tomás Adolfo Ducó was built in the early 1940s after Huracán purchased the site of the new stadium in 1939 and laid the first stone in 1941.It is located in the Parque Patricios neighborhood of Buenos Aires. It is the home ground of CA Huracán which is San Lorenzo's biggest rival. Th eground has a capacity of 48,314. Estadio Tomas A. Duco known as 'The Palace' has hardly changed since it was built. It was declared a protected heritage site in 2007. 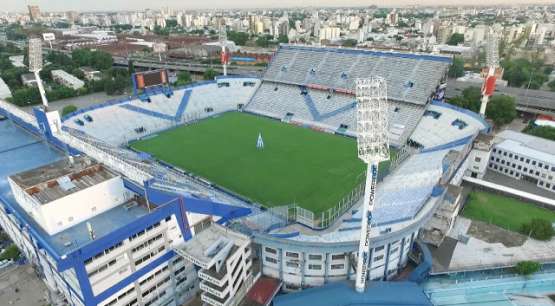 In 1978, Estadio Jose Amalfitani got renovated to conform with FIFA requirements for the upcoming 1978 World Cup. At the same time capacity also increased to its current total. During the World Cup, the stadium hosted three matches in the first group stage. Since then the stadium has hardly changed apart from some minor renovations in the mid 2000s. The ground is located in the city of Buenos Aires just minutes from downtown. 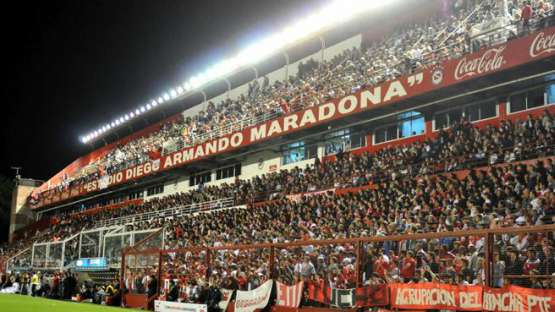 Also known as La Paternal, due the neighbourhood in which it’s located, this stadium has a capacity for 25,500 spectators and is the home of Argentinos Juniors. It’s a small, charming stadium said to hold the future of Argentine football, as it is well-known for nurturing talented football players that later become world famous. On that list is no other than Diego Armando Maradona, after whom the stadium was named, along with many others, such as Juan Pablo Sorín, Esteban Cambiasso, Diego Placente and Sergio Batista. There’s an Argentinos Juniors Museum and you can carry out a guided tour of the stadium, which was recently renewed, so it’s a great place to see a First Division match. 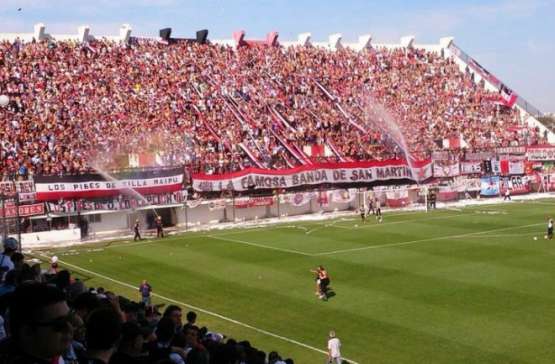 Home to Chacarita Juniors Club, the ground is located on the outskirts of Buenos Aires. It's a 40-minute drive from downtown Buenos Aires. Chacarita is a relatively small club but a sort of national institution in terms of hooliganism boasting some of the most feared fans in Argentina. In a roundabout sort of way, they are the 'Argentinian Millwall'. Their ground is located in one of the dodgiest areas in Buenos Aires called 'San Martin'. So if you want to see a home game, go with someone who knows the ground and the area like the back of his hand. 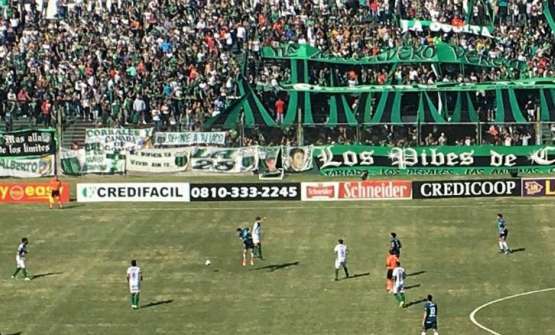 Besides the aforementioned grounds, there are a number of others in the city of Buenos Aires and within Buenos Aires province. Find the one that most appeals to you and experience your First football match in Buenos Aires!