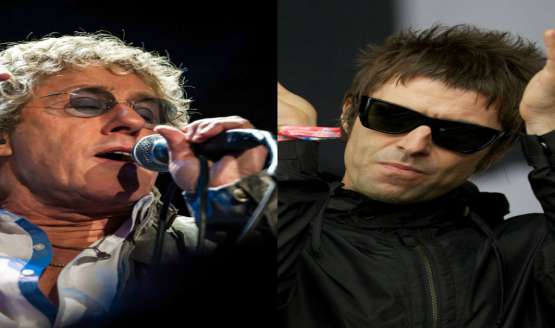 15 years after Chris Evans' anarchic chat show TFI Friday ended, it's back for one night only on June 12th.  Evans revealed the line-up a few weeks ago and it includes Brit-poppers for all those viewers nostalgic for the series' late 90s heyday: old rivals Blur and Liam Gallagher.

Roger Daltrey, Stone Roses and Primal Scream bassist Mani and The Lightening Seeds' Ian Broudie will also be making an appearance, Evans confirmed on Twitter. It's just been confirmed that Bonehead will also be joining Daltrey and Liam Gallagher.

Remember that Liam Gallagher will be part of this supergroup on TFI Friday.

When TFI Friday launched in 1996, it was broadcast live but that changed when Happy Mondays frontman Shaun Ryder swore repeatedly on air  (he's been barred from Channel 4 ever since). The time round it will presumably be pre-recorded before its 9pm broadcast.

Evans has been posting countdown videos on YouTube and in the latest Dolly Parton, David Bowie and Hugh Grant are wildly  applauded when they braved the enormously popular, defiantly unpredictable show.