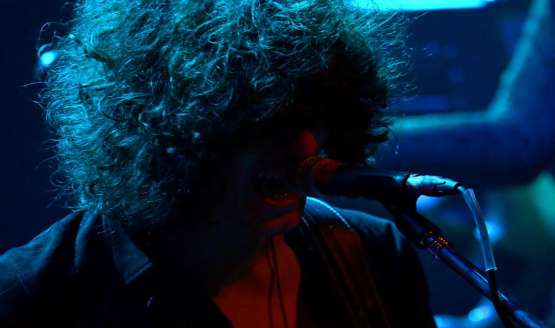 We went to see Temples play Niceto Club in Palermo Hollywood, Buenos Aires last night in their first ever performance in the country and the band did not disappoint at all. I was amazed at how crowded the place was. Never thought a band like Temples would draw such a big audience but I was totally wrong. I'm sure the gig was sold out as there was very little space inside. I suppose that is testament to the success of their debut album "Sun Structures". When one hears an album like Sun Structures, you are sincerely blown away and even though I was brought up on bands like the Sex Pistols, The Smiths, The Stone Roses, Oasis I love the sound of this band. They are all incredible musicians.

The main singer is just brilliant. He was all dressed in black except for his glitter gold shoes, his hair was just out of this world reminding me a bit of Bolan and above all, he never seemed to sing a note out of key. Great stage presence as well.

The band took to the stage at about 10.45 pm, a little later than expected and they played for about an hour which may seem a little short but Temples are a relatively new band and they played almost every song they released performing every tune with almost studio perfection I must say. Soundwise, they were great for sure.

Bagshaw took center stage on vocals and lead guitar, greeted the audience saying "Hola" to kick off with opening track of the night, their album title track "Sun Structures", followed by "A Question isn't answered" with Bagshaw asking the audience to clap along. After that "The Golden Throne" and probably the surprise of the night, a new song or relatively new because this was not the first time the band played it live called "Henry's Cake". Again a catchy song delivered by Bagshaw's sweet voice. It's always hard to play new songs at gigs but I guess it worked this time.

Then it was the time for more tunes from their debut album "Colours to Life", "Ankh", "Move With The Season", and probably the highlight of the night was one of their hits "Keep in The Dark" which drew large cheers from the crowd as it did their other single "Shelter Song" which closed the first part of the show.

The finale to the concert did not disappoint at all either with the psych-rockers performing "Prisms" and "Mesmerise"; that scorching psych-rock tune which the band stretched out into an endless odyssey to put an end to the show.

All in all, Temples are an incredible live band, very harmonious, and really talented musicians with great beats and riffs. Must admit though that deep inside me I was hoping the band would do their exquisite cover of the Kinks "Waterloo Sunset" but unfortunately they didn't ( Maybe next time). I guess the only problem was that everyone felt their set was rather short mainly because when you see a band like this, you always want more. It's as if you could hear them for hours and hours.

So for all this we're hoping for a new album from Temples soon and apart from all the lights and impressive outfits and hairdoes, Temples have the tunes and at the end of the day, it is all about the tunes, isn't it? They are classic yet incredibly new in what they do. They are fresh, young and cool so hats off to them and hope they come back soon!! 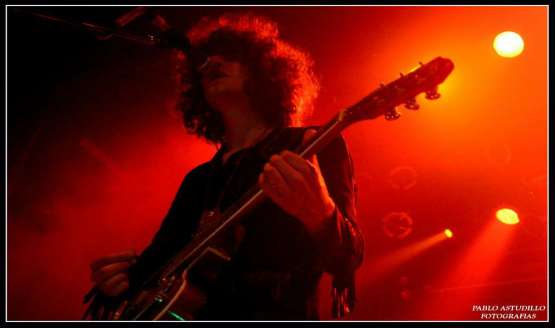 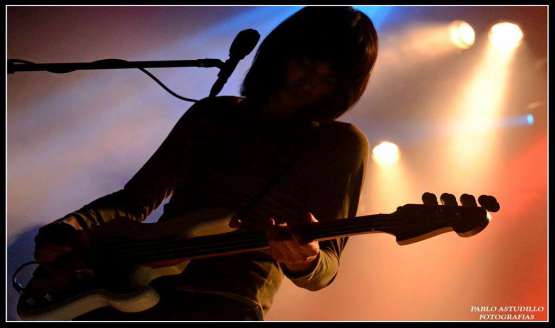 Move With The Season

Keep In The Dark