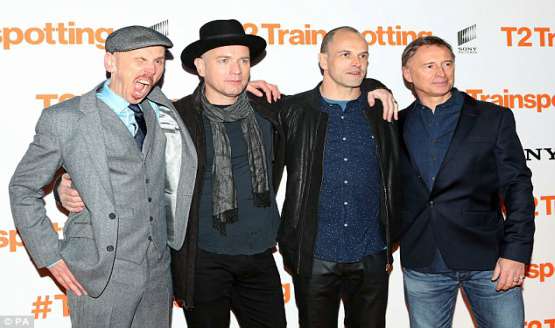 T2 Trainspotting had its world premiere last night (January 22) at the Cineworld in Edinburgh.

An orange carpet was laid out for the occasion, which was attended by the sequel’s lead actors Ewan McGregor, Robert Carlyle, Ewen Bremner and Jonny Lee Miller.

Welsh has recently hinted that a third film in the series is also a possibility. “I think there’s probably room for one more kind of Trainspotting-themed film. You never know what’s going to happen with these things,” he said.

Speaking of the film, Robert Carlyle said: "It's fantastic to be here at the world premiere of T2. It's unbelievable. I can't believable the amount of people that have turned up. This experience is unique you know? To do a sequel 20 years later. I don't think this will ever happen again." and added "This is a different film. I don't think the audience would have wanted to see the same film you know? So it's a different one."

In other news, Ewan McGregor says Trainspotting was the Oasis of the films.