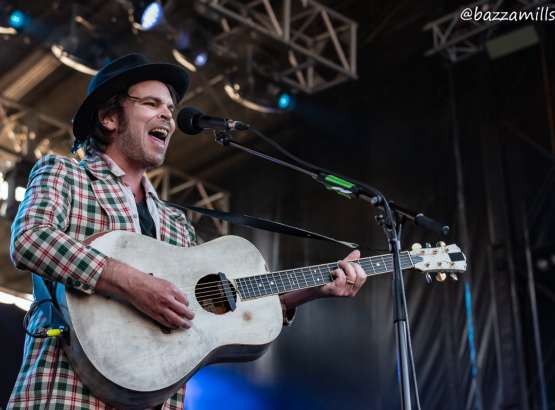 Supergrass have announced their return with an epic best of album and a 2020 tour.

The band led by frontman Gaz Coombes, drummer Danny Goffey, bassist Mick Quinn and keybordist Rob Coombes - played a surprise set at Glastonbury's Pilton Party and now have confirmed they're getting the band back together next year.

Celebrating their 25th anniversary, their career-spanning collection Supergrass: The Strange Ones 1994-2008 is set for 24 January 2020 and includes all their hits from Moving to Caught By The Fuzz.

In an interview with ITV news, Gaz Coombes made it quite clear that the band are not writing any new songs. "We are proud of all that work and our energy. We want to celebrate what a great time we had." and added "I don't know how much we will connect with young people these days because we are not writing new stuff about how we are feeling in today's society."

Following an intimate gig at London's Oslo on Saturday (7 September), Supergrass will play theatre tour dates which hit the UK, Europe and North America, and include a date at London's Alexandra Palace.

Tickets go on sale this Friday 13 September from 9am.