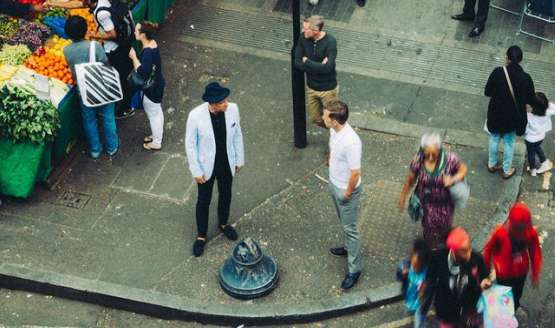 With most fans of Paul Weller tuned into the release of the Jawbone Soundtrack there is a potential danger of this absolutely cracking album slipping by fans of his work. To be honest, had it not been for Style Council Archivist Iain Munn giving me the nod on this one the very same may have happened for me. Ok, so this is not a Paul Weller album but with Street Rituals recorded at his Black Barn Studios and Mr Weller featuring on all tracks and producing the album, his hallmark is all over this.

Surprisingly I discover the Stone Foundation have been in existence for a number of years and released six previous albums and with material like this the big question is…why have I not heard of this band before? Hailing from the Midlands and featuring an array of talented musicians including Neil Sheasby and Neil Jones at the core, Street Rituals is lamented as Stone Foundation’s album “that is both rainbow’s end to their journey so far and starting pistol for new adventures to come.”

Intro track ‘Back In The Game’ uplifts the soul from the off and emits a positivity that is a somewhat underlying theme throughout the multi-layered album compositions. With Neil Jones’ super smooth vocal and Neil Sheasby backing vocal setting the scene, Paul Weller’s somewhat weathered and contrasting vocal (alongside the piano) complements perfectly. ‘Open your Heart’ follows and as the track comes to a guitar and string laden crescendo alongside the lyrics “Got to face up to love, love, love” I am completely captivated.

Limit Of A Man’ is another highpoint with Jones’ vocal once again soaring elegantly through the airwaves. The infectious piano hooks from the first listen and it is no surprise this track has been announced as the bands next single. Musically there is a brooding groove I love going on through-out ‘The Colour Of…’ that is almost hypnotic whilst title track ‘Street Rituals’ follows with Paul Weller once again virtuoso-like alongside the vocal back-bone of the two Neils.

The well-crafted tunes continue throughout with Paul Weller taking lead vocals on the beautiful slow-burner ‘Your Balloon Is Rising’. Vocally this is a not to be missed stunning performance from Mr Weller and like a fine wine, Weller’s vocal continues to mature magnificently with age. There is also some vocal variation with guest William Bell featuring on ‘Strange People’ and Bettye Lavette on ‘Season Of Change’. The female vocal of Lavette works particularly well and sparkles alongside the piano and funky guitar riff.

‘Simplify The Situation’ closes the ten track masterpiece and as the sax echoes the poignant lyrics “give the working man, every chance he can” I am clicking my fingers away for all my worth and tapping my feet as Jones commands “listen to the message that I’m sending”. 100 percent feeling this and love the finale “, wake up everybody, we just can’t go on pretending.” As an album Street Rituals doesn’t jus touch the soul it connects to it. Get yourself a copy of this album without delay.

Get their new album here: