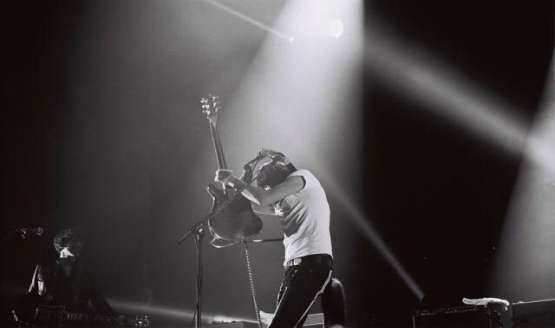 Kasabian guitarist Serge Pizzorno will make a cameo appearance in This Is England '90 directed by Shane Meadows.

The latest in the This Is England anthology will focus on rave culture, acid-house, and Italia 90.

According to The Mirror, Pizzorno will play a rave DJ.  Actor Thomas Turgoose revealed to the newspaper, "We had Serge from Kasabian DJ-ing, so we had him dressed up in '90s clobber, and he was an extra".

The role will be Serge's acting debut. He recently told The Mirror "love to do more" acting roles.

The series will be aired on channel 4 September 13.