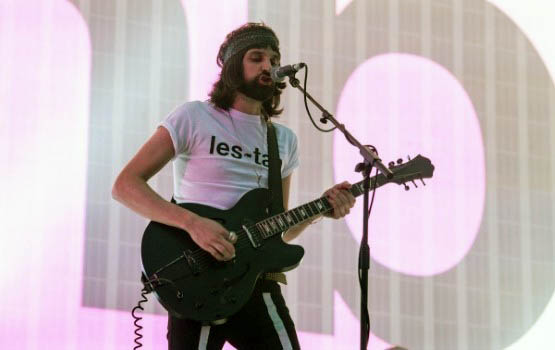 Sergio Pizzorno slammed the charts for letting single artists rule the top 20. Their latest record For Crying Out Loud may have dethroned Ed Sheeran. But Serge reckons it’s too tough for bands to break through because streaming has such a huge effect on the outcome.

Speaking backstage at their official Reading & Leeds warm-up show, he told me: “Now, it is a completely different time, one artist has 13 singles in the top 20 at the same time!

“They need to sort it out, it makes no sense to me, it’s not fun any more, bands don’t get a chance on playlists and all that.“The charts used to be fun and exciting and everyone had a crack at it but now it’s just monopolised and I think the system’s not right. “Something needs to change.”

Serge also called on rising bands to react by releasing their best music and shaking things up.

He continued: “I would say: ‘I’m coming for you, move the f*** out of my way’ – if anything it’s the perfect time for new bands to come through. “This always happens, certain things happen and then you get the counterfeits, everything sounds similar and there’s loads of it and then it saturates.”

The guitarist also says festivals are tamer these days.

He laughed: “I remember my first festival, this guy was on the main stage and he had a s**t in a bag and he chucked it into the crowd, I thought: ‘F***ing hell this is amazing.’”