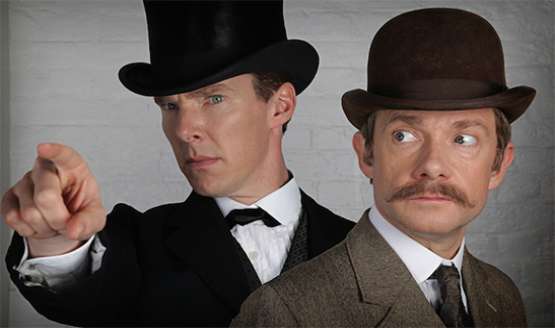 Last night's Sherlock series 4 finale was a heart-thudding crescendo of extreme sibling rivalry, psychological torture and the introduction of one of the most twisted TV villains to have ever existed.

But there was a moment of comic relief when one celebrity guest made a quick appearance – dressed as a Viking. (Watch it HERE )

That celebrity guest was none other than mod icon Paul Weller. As you may know, Martin Freeman is a self confessed mod and he is a good friend of Paul Weller .

In the episode, Watson was seen peering over the prone body of a new client - Paul Weller.