RILEY BROUDIE OF LIGHTNING SEEDS IS UNDER THE SPOTLIGHT 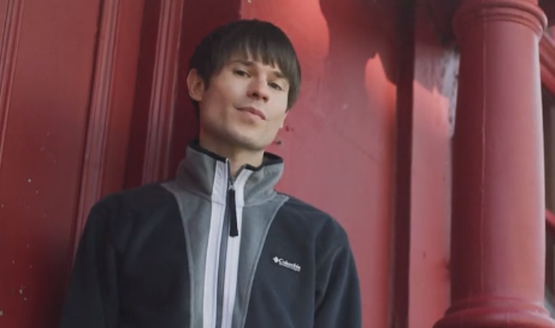 Riley Broudie has been surrounded by music his entire life. His father, Ian, is the founder, songwriter and creative force behind Lightning Seeds, who enjoyed numerous crossover indie hits in the ‘90s including ‘Pure’, ‘Life of Riley’, ‘Lucky You’ and of course the ultimate football anthem ‘Three Lions’. All those hits and more feature on their Top 5 double-Platinum album ‘Like You Do… Best of Lightning Seeds’.

The Under The Spotlight episode features Riley reflecting on his time in the band as he explores some key locations around Liverpool. Starting in Elevator Studios, he also pops into the band’s favourite post-gig pub The Dispensary, visits the iconic Strawberry Field, and discusses his love of football in Stanley Park, which separates the homes of city rivals Liverpool and Everton.

Throughout, Riley wears brand new clothing designs from the Columbia Sportswear Company. Based in Portland, Oregon, Columbia Sportswear is an outdoor brand that crafts active lifestyle gear fortified with industry-leading technologies. Their apparel, football and accessories reflect their Pacific Northwest heritage and their indomitable spirit.

Columbia Sportswear is particularly popular in the UK, and their hoodies and jackets are perfect for the autumn and winter months ahead. Everything that Riley wears in the video and accompanying shoot are available from scotts.

Ian Broudie originally wrote ‘Life of Riley’ shortly before and just after Riley was born. A very personal reflection on his early experiences of fatherhood became one of the band’s biggest hits. Riley has now been in the band for over ten years and plays the song at most shows. Lightning Seeds recently completed a rearranged tour to celebrate the 25th anniversary of the landmark album ‘Jollification’.