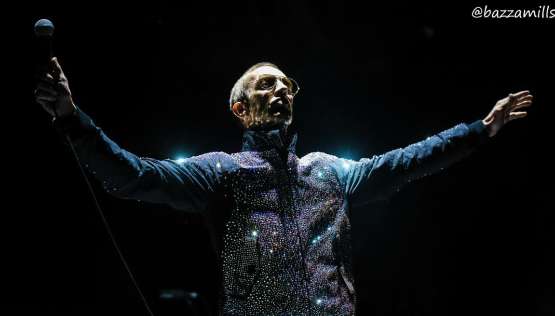 Following the great response to latest single ‘Surprised By The Joy’, Richard Ashcroft unveils a second track from album ‘Natural Rebel’ titled ‘Born To Be Strangers’.It’s a slick rock n roll record bristling with charisma, featuring authentic guitars and Ashcroft’s vocals shine with splendour. Says Ashcroft of ‘Born To Be Strangers’; This record has more guitar playing on it than the last. We’ve reached the point where the guitar has to do something if you’re gonna play it. It’s got to move you in some way. It doesn’t have to be intricate or muso, it just has to have soul.”

Richard Ashcroft is set to return with the October 19th release of his fifth solo studio album ‘Natural Rebel’. The album will be released on his own RPA label and will be his first released via BMG. ‘Natural Rebel’ represents the latest chapter in a hugely successful solo career for the former Verve frontman and Ivor Novello winner. It follows ‘Alone With Everybody’ (#1, 2000), ‘Human Conditions’ (#3, 2002), ‘Keys to the World’ (#2, 2006) and ‘These People’ (#3, 2016).

Featuring ten new songs, all of which were written by Ashcroft, ‘Natural Rebel’ was produced by the singer-songwriter alongside Jon Kelly (Paul McCartney, Kate Bush) and Emre Ramazanoglu (Bobby Gillespie, Jarvis Cocker). The majority of its recording took place at State of the Ark Studios in Richmond, with further sessions at The Bunker, Tileyard Studios and Hoxa HQ.

Richard Ashcroft will play some sold out intimate shows this winter in support of ‘Natural Rebel’, including Glasgow, Middlesbrough, Nottingham, Manchester & London.