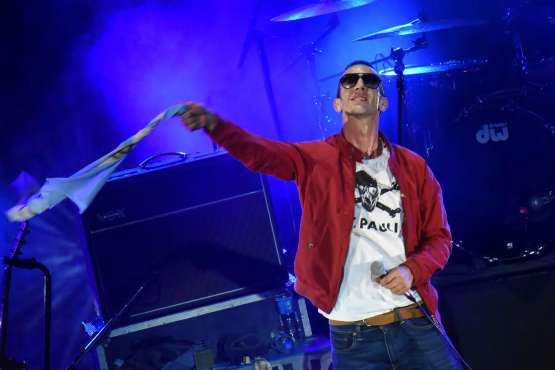 Richard Ashcroft has been watching his close friend Liam’s Gallagher’s recent re-emergence with great interest. He believes, the music industry desperately needs a good blast of that infamous Gallagher swagger.

He told the Manchester Evening News “The music industry wants safe rock stars, people who are totally homogenised,” he rants. “And Liam’s the opposite of that. I remember back in the day, when I first met Liam, I thought 'Wow, I can’t wait for this guy to do his first Radio 1 interview!’

"Everything seems so synthetic right now. I think the public are yearning for something real. That’s why Liam sticks out so much.”

He was also asked as a friend of both brothers does he feel a real sadness at their acrimonious – and very public - falling out?

He said “It’s a family affair,” he reasons. “That’s just life. Not many people have families where everything is smooth. For now, the fans have got two great solo careers to enjoy. But yeah, it would be nice if they did get back together. Let’s just hope they don’t burn all their bridges before that happens.”

“It was the power of love; it was very, very moving to watch. Real strength. You don’t ever want events like that to mark a place, and that’s what Manchester proved. Manchester has done it before, like after the IRA bomb.

"As a musician, I don’t wanna put out political soundbites. All I can do is put on the greatest show I possibly can; eight, nine thousand of us together in Manchester city centre. I want to entertain and inspire.”

In other news. Ashcroft told me what The Stone Roses meant to him.